Let me say this up-front – I’m not a fan of combat sports. The sight of grown men beating each other to a pulp just doesn’t do it for me, regardless of the skill, precision and strength involved.

There’s something quite compelling about Muay Thai, however, that raises it a notch above other forms of boxing. Steeped in history and tradition, Thailand’s national sport is fast, furious and vicious; it’s also an incredible workout, requiring coordination, core strength, agility and lightness of body and being. 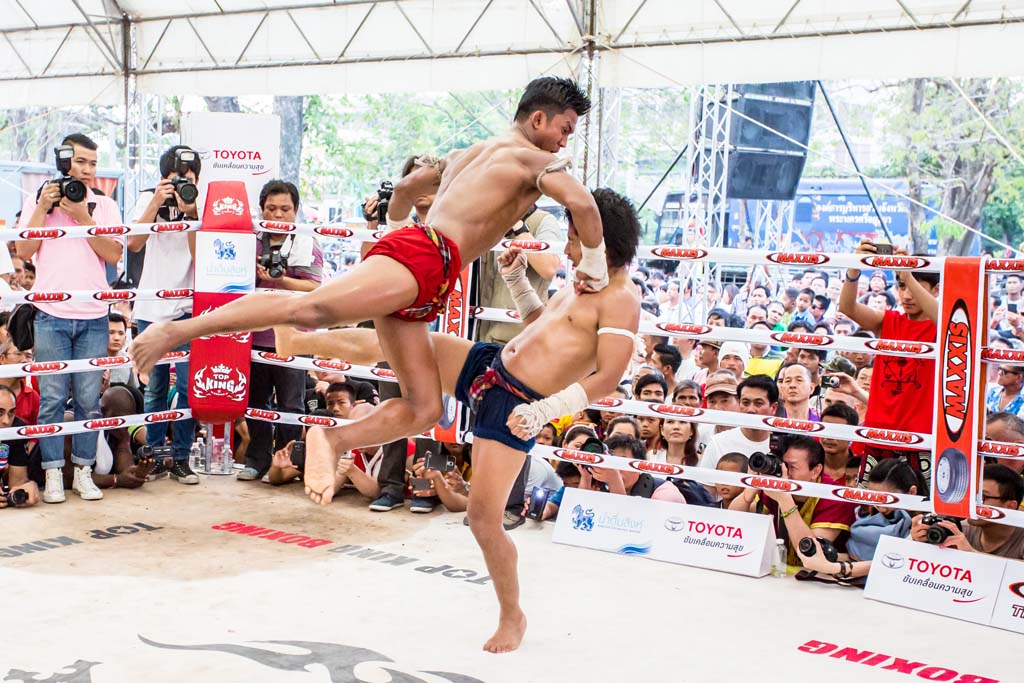 Known as the ‘art of eight limbs’, Muay Thai combines the use of fist, arms, elbows, knees and shins, with eight points of contact (as opposed to traditional boxing, which only has two.) The sport is intertwined with Thai history, with murky origins during the Sukhothai period when it became an integral part of military training. However, it was during the reign of King Naresuan in the 16th century that it became part of the national consciousness; even the ruler himself was a skilled fighter, becoming known as ‘the warrior king’. 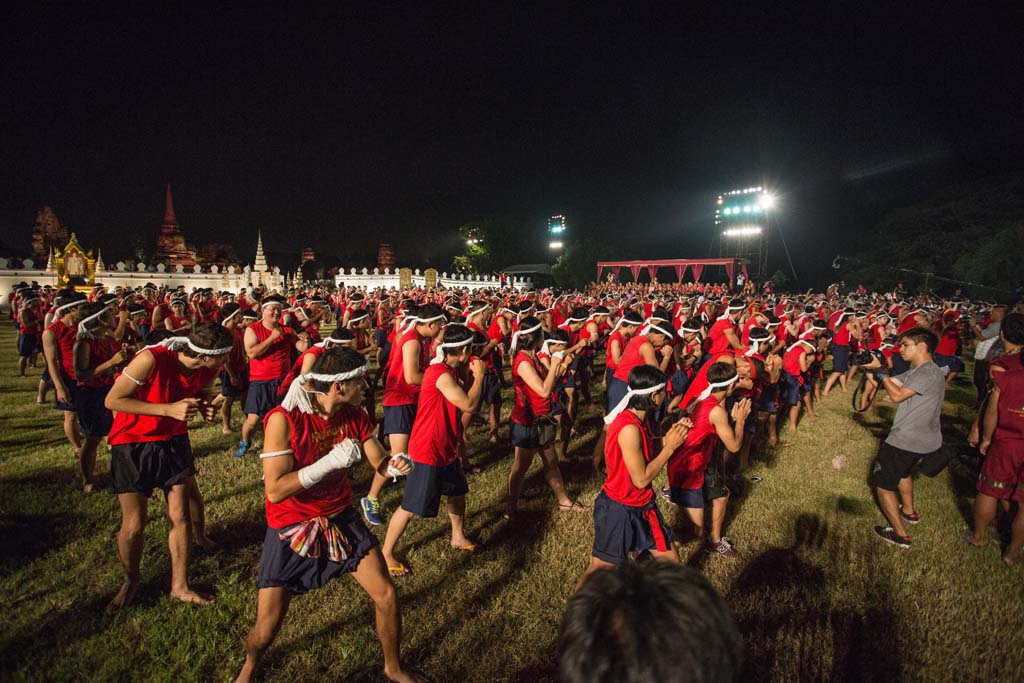 And it is at the seat of King Naresuan’s kingdom – the ancient capital of Ayutthaya – that contemporary Muay Thai aficionados gather each year to celebrate the history and sacred rituals of the ‘art of eight limbs’. The 11th World Wai Kru ceremony was held on March 17 this year, attended by 1,200 Muay Thai fighters from 67 countries. 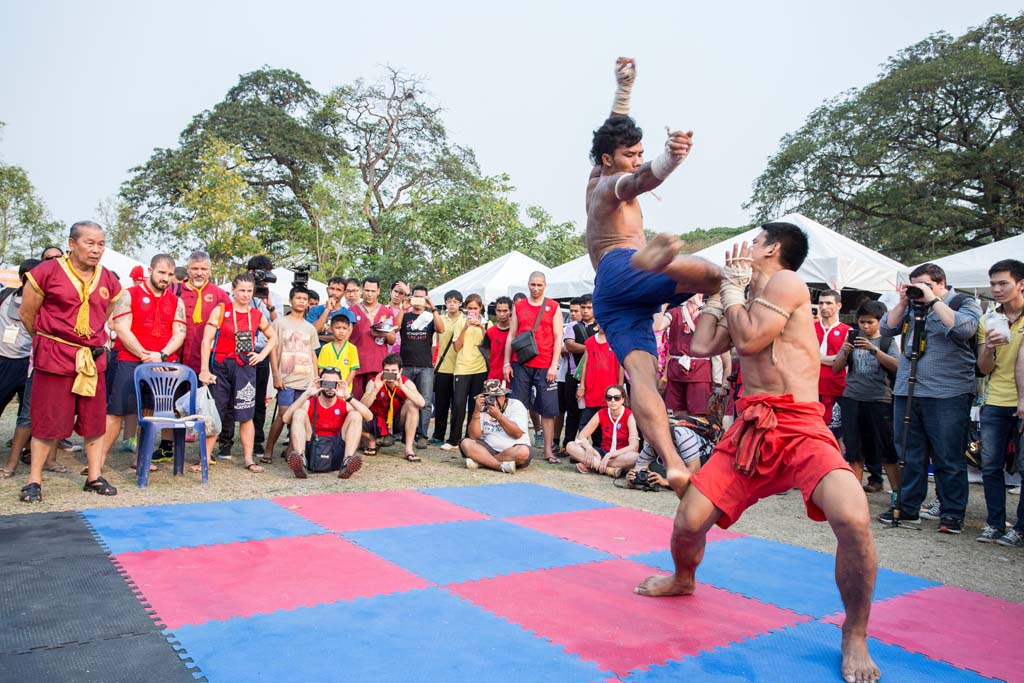 This incredible, moving event – held as the sun set against the backdrop of the ancient city – was the culmination of several days of exhibition matches and cultural activities, including traditional tattooing, sword-making and a grand parade featuring decorated ceremonial elephants. 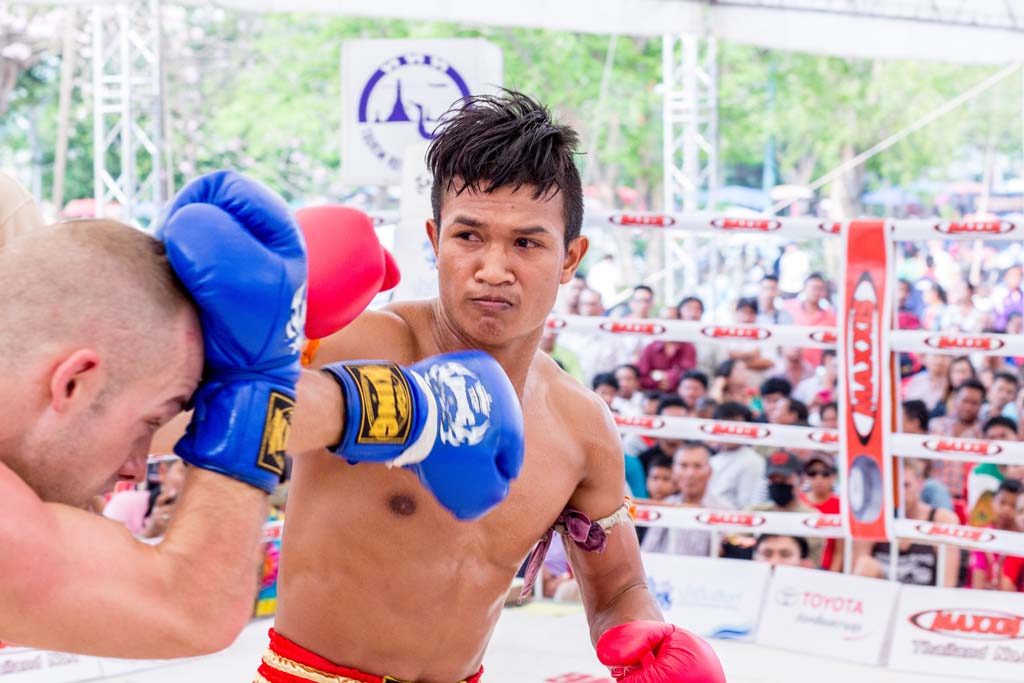 The event also featured a special appearance by Thailand’s most popular boxer, Bua Khao (White Lotus). I might not know much about Muay Thai, but I could certainly appreciate the fitness and handsome looks of this rock star sportsman! 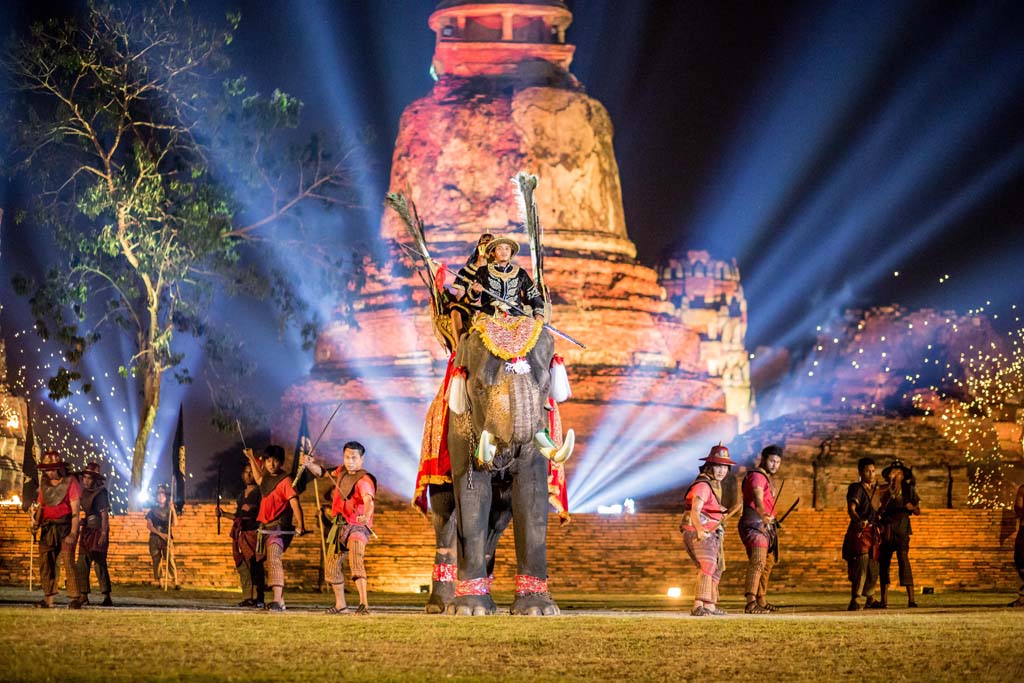 The evening culminated in a VIP dinner, followed by an incredible show features fighting elephants, dancers and Muay Thai choreography, all set against one of the most evocative and beautiful backdrops in Thailand. Open to the public (who can view the show from the sidelines) as well as to special guests, this once-a-year extravaganza is well worth catching if you’re in Ayutthaya on 17 March. 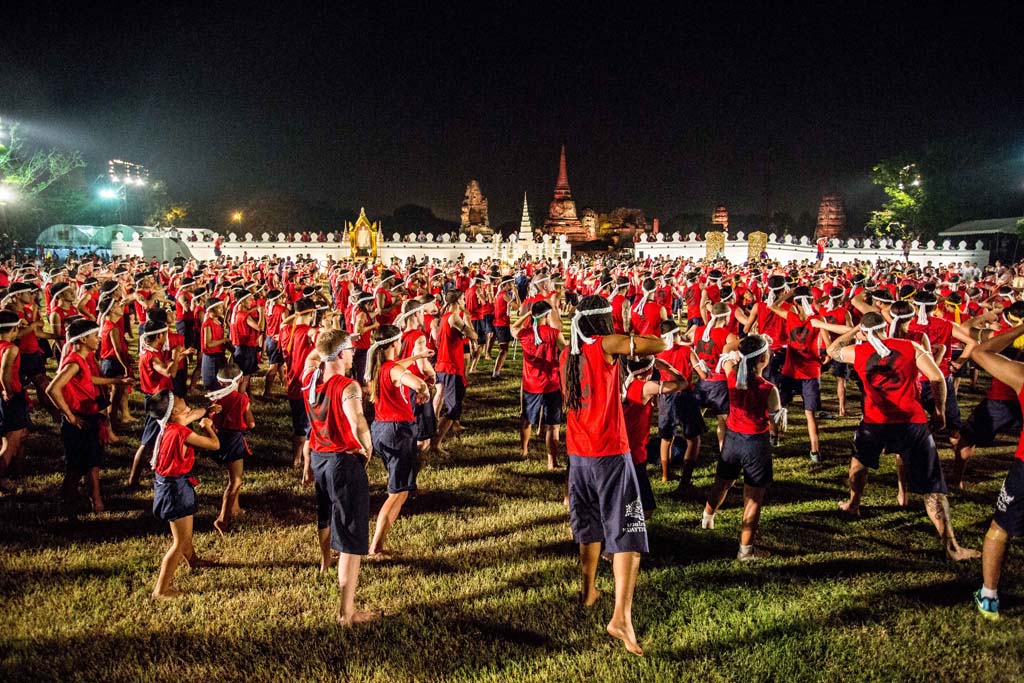