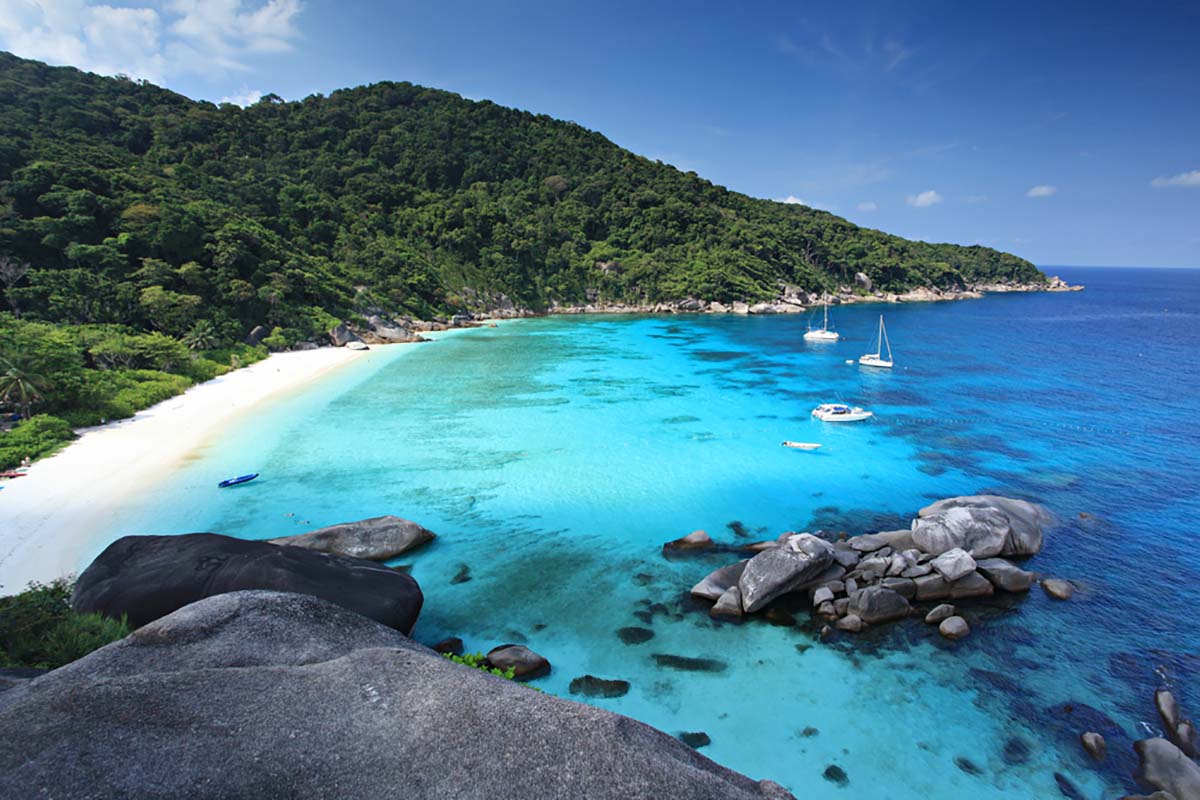 New daily limits on tourist and diver numbers, strict fishing regulations and single-use plastic bans are already having a positive effect on visitor experience on Thailand’s Similan and Surin Islands.

Thailand is making plenty of moves in the right direction to protect its marine environment, having instigated a range of environmental initiatives and green-minded programs.

Most recently, the Department of National Parks, Wildlife and Plant Conservation (DNP) has closed a number of islands (some indefinitely), and introduced a permit system for the Similan and Surin Islands, limiting the number of day-trippers and divers allowed each day. 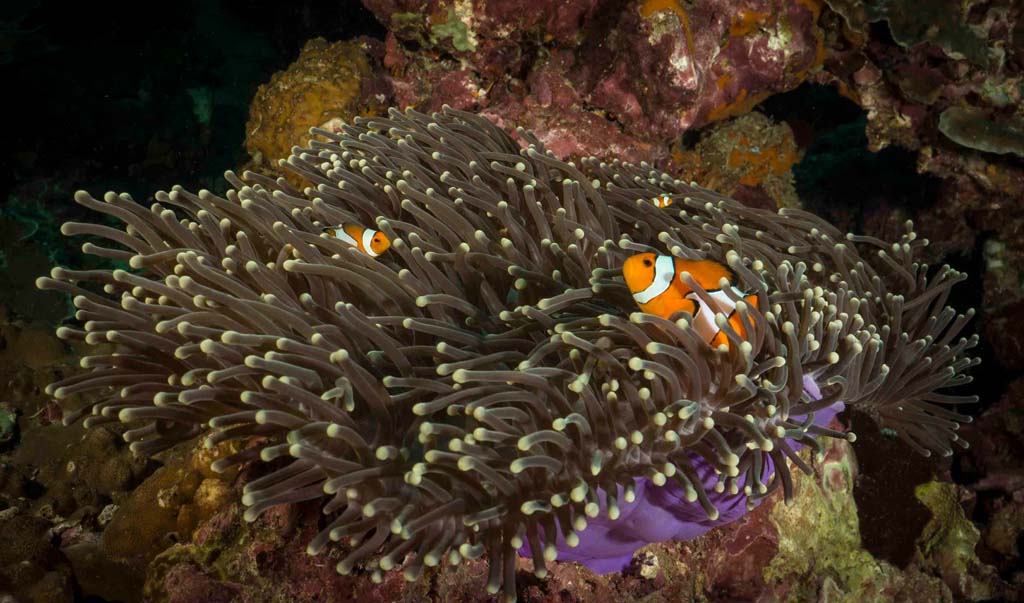 In the past 20 years, tourism to Thailand has increased massively, and this, along with related factors including over-development and plastic pollution, has had a negative affect on Thailand’s marine environment, which the government is now taking drastic measures to address.

Local dive operator Holger Schwab, owner of Phuket-based Sea Bees Dive Centre, who has been running dive trips here for 27 years, reports that divers are already seeing the positive effects these regulations are having on the marine environment. 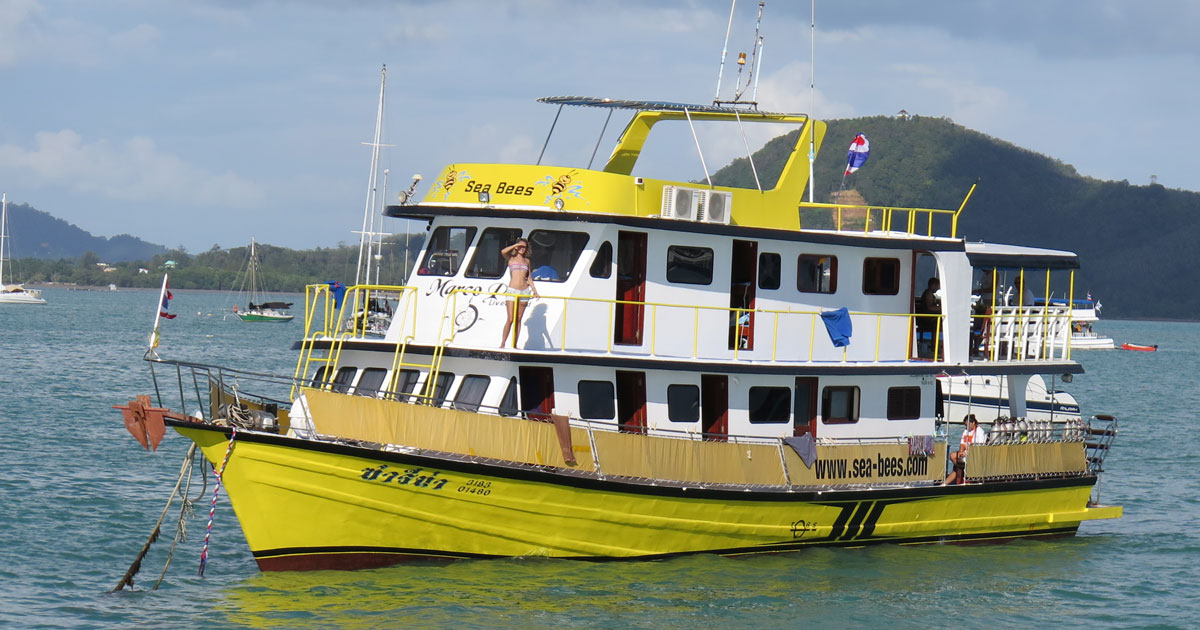 “Tourism always effects an ecosystem and it’s up the Authorities to keep this impact as small as possible. Thailand became very popular within the dive community after the millennium, and as a result, we got more boats and divers at the Similan’s, which was bound to have some impact on the environment. Luckily, most divers are eco-friendly and the damage on the Marine life was minimal. However, with the new mass tourism, mainly from Asia, this changed and we had to face large numbers of people with another understanding of Mother Nature. Soon, this became visible and it was time to react.

“After the over-tourism hit Thailand and the Similan’s, the islands started to suffer above and under water. Luckily, besides some hard coral species, the marine life can recover very quickly and it is never too late for a change towards a more eco-friendly tourism. 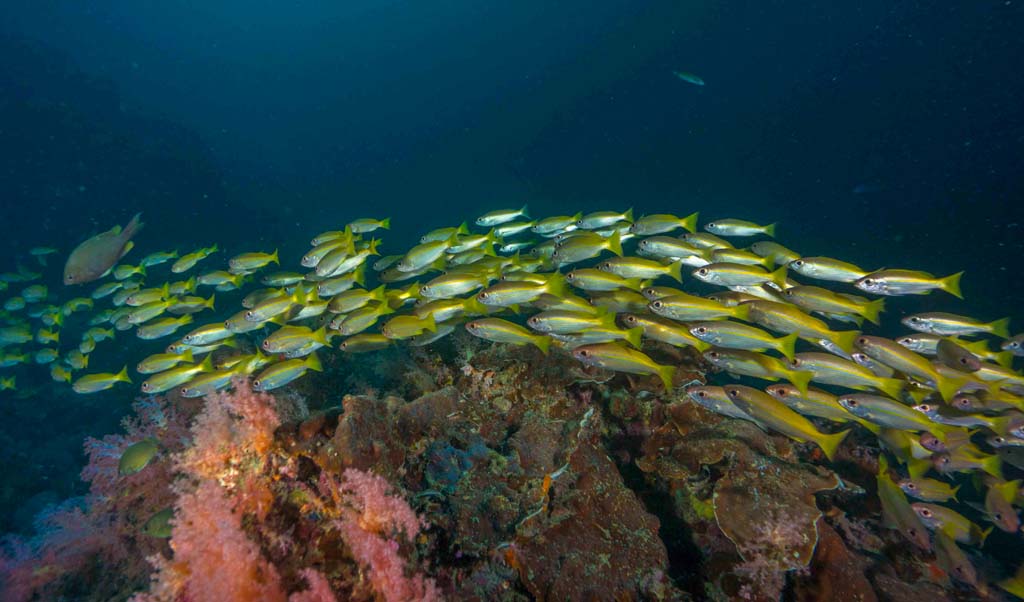 “After the 2004 tsunami, the coral bleaching, over-tourism and associated negative press, the reputation of the Thailand’s dive sites suffered dramatically. The DNP realised this change and have started working on regulations to reduce the impact mass tourism has had on the ecosystem and reputation of Thailand.

The recently enforced stricter rules are not the first improvement the DNP introduced. In recent years dive operators have noticed far better control of fishing and a more efficient monitoring of the parks.

“Together with the regulated daily limit of divers and snorkelers we see an immediate positive impact at all dive sites.

“Shark sightings at Phi Phi Island have increased, the soft coral fields at the Similan’s have expanded and over all we realise much more fish and marine life at the dive sites. 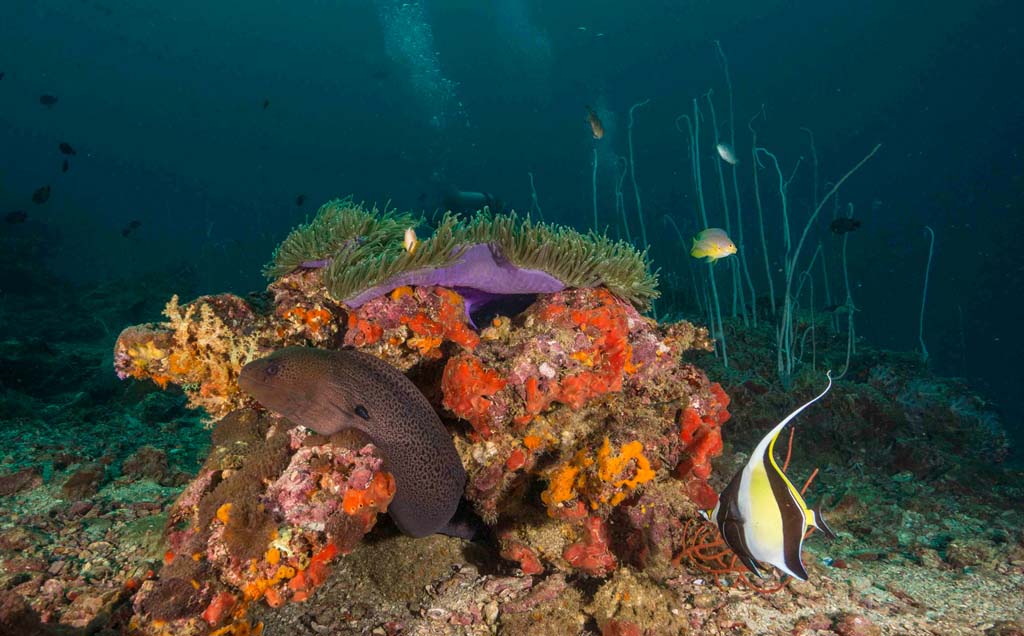 In summary, the reefs look healthier and the customer feed-back of our first Similan dive safari and day-trips this year have been extremely positive.

“With these regulations in place the Similan and Surin Islands together with the fabulous dive sites around Phi Phi Island are on a fast track to become some of the best dive sites the Andaman Sea has to offer once again. Our latest customers are already extremely happy with the positive impact of more marine life, more pelagic fish and less frequented beaches at this unique paradise above and under the water.”

In another positive move for the marine environment, the ground-breaking “No Foam No Plastic” initiative was launched in Phuket this month. 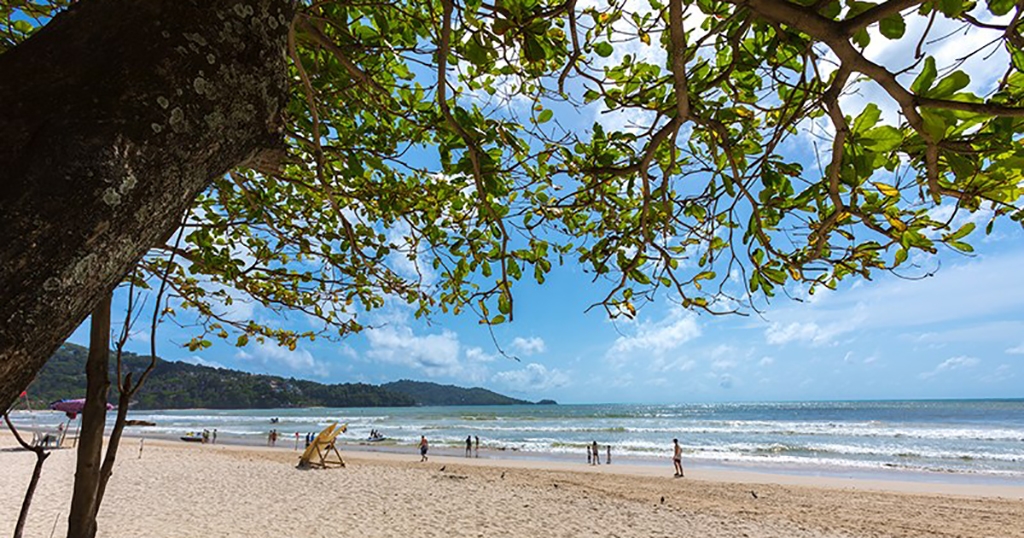 TAT Governor, Mr. Yuthasak Supasorn, said, “This is an important step in the right direction in line with the Thai government’s ‘Thailand 4.0’ sustainable tourism development goal. Hopefully, Phuket will be a positive case study that the whole country could follow.

“The importance of Phuket as one of Thailand’s most high-profile tourist destinations shouldn’t be under estimated.”

As of 14 February, 2019, the program will see local vendors stop using foam containers for food or other items. Then, from 1 October, 2019, they will be encouraged to switch entirely to paper or eco-friendly bags and straws.

The tourism sector will inspire business partners to do the same from 14 February, 2019.

TAT has taken a leading role in nationwide efforts as part of its ongoing mission to build on and further enhance the practice of sustainable and responsible tourism, and has launched a series of programs and campaigns in cooperation with different organisations. 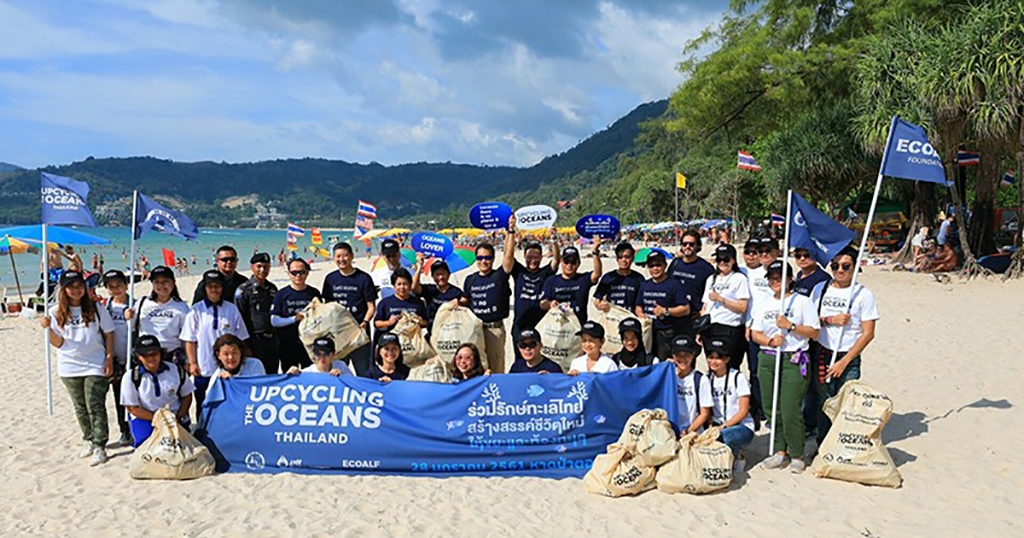 In August 2018, TAT threw its full support behind the introduction by the DNP of a ban on single-use plastics at 154 national parks around Thailand. A much-welcome move to reduce the amount of rubbish polluting the natural environment and threatening the kingdom’s wildlife, the ban covers plastic bags, plastic utensils, straws, capped water bottles, foam food containers and essentially any plastic item that is typically used once and then thrown away.

The DNP estimates the ban on single-use plastics will help reduce plastic waste by around 3 million items, and that some 10 million people will join the effort in the first year of implementation.

In August 2018 TAT announced the ‘Travel Thailand in Style, Reduce Plastic Waste’ initiative in collaboration with various stakeholders including the Expedia Group and the Thai Hotels Association, with the aim of cutting tourism-related waste by up to half by the year 2020.

Kicking off in Bangkok, the initiative was being expanded to secondary tourist destinations around the kingdom with support and recommendations on how to reduce waste and single-use plastics; such as, using cotton bags instead of plastic ones, water tumblers instead of plastic bottles, and reusable food utensils rather than plastic ones.

‘Upcycling the Oceans, Thailand’ is another initiative involving TAT and one which began in March 2017. In this the national tourist office has partnered with PTT Global Chemical (PTTGC) and the Ecoalf Foundation, and it saw Thailand become the first Asian country to join the global oceans clean-up effort.

As a part of this, the Phuket-based campaign; ‘SAVE the Ocean & SAVE for your dive’ was launched to help rid Thailand’s seas, islands and coastal areas of debris and trash, particularly in popular tourist spots along the east coast, in the Gulf of Thailand and the Andaman Sea. And to show that not only can the rubbish be cleaned up, but that it can also be re-used by transforming it into thread to make fabric, pellets and other products.