Songkran: why water is at the heart of Thai culture – Amazing Thailand
Skip to content
10
SHARES
ShareTweet

Thailand developed as a nation along the banks of its mighty rivers. For centuries, the kingdom’s waterways have provided Thai people with their staple foods of rice and fish, fuelled by the abundant monsoon rains that have made the land fertile. It’s little wonder then, that so many local ceremonies and traditions are water-based. 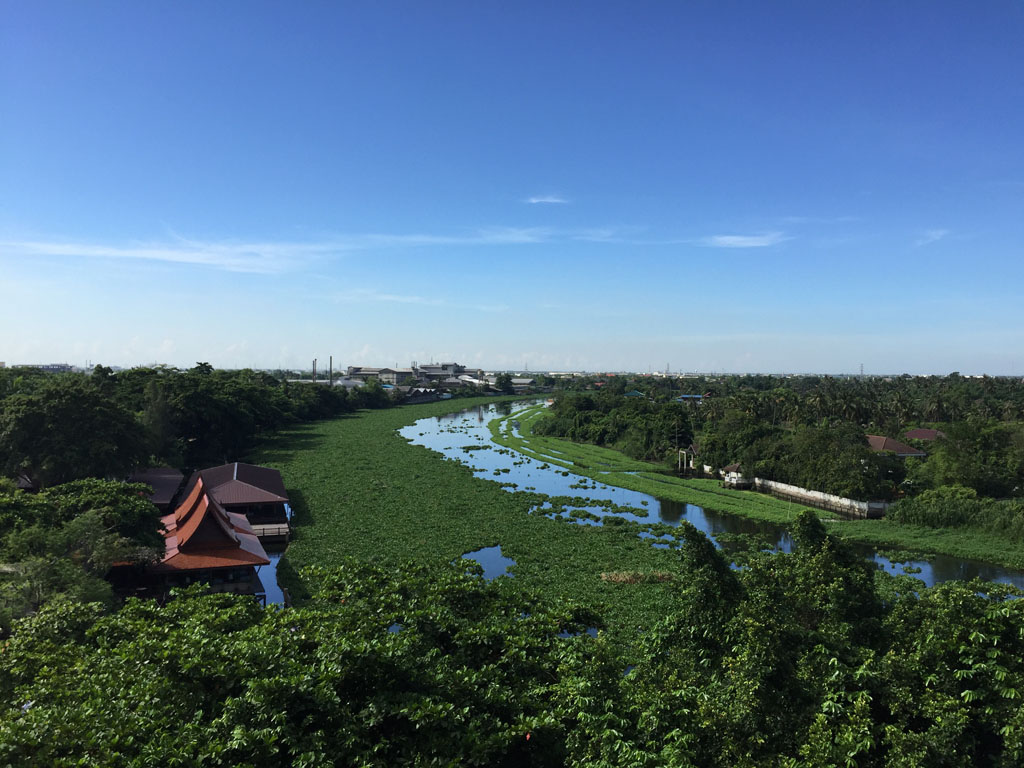 The most important festivals of the Thai calendar are celebrated with water, the best known of course, being Songkran. For three days, during the hottest month of the year, Thailand plays host to the world’s biggest water festival. Every town and village hosts a frantic three-day water fight with young and old taking part, as a way of cooling off and coming together. Tourists love the party atmosphere, but for local people, this is a family event. In homes and temples nationwide, people gather to sprinkle sacred water on images of the Buddha as a form of ritual bathing. In Thailand’s mostly rural culture, this is a way of praying for ample rainfall in the growing season to come. 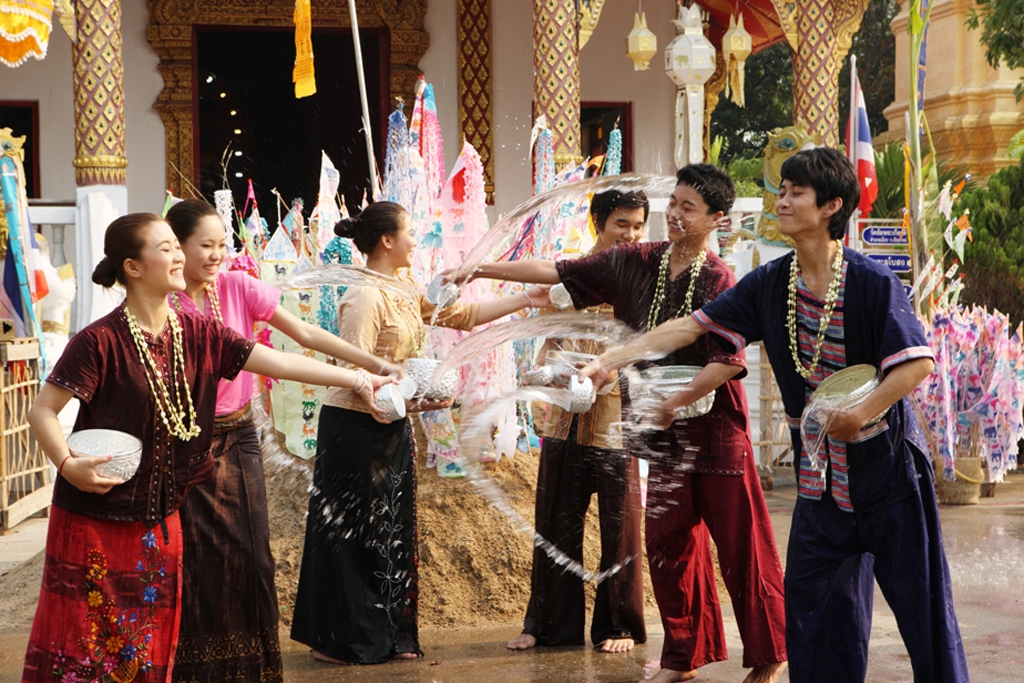 Later in the year, the festival of Loi Krathong is celebrated in varied ways. In the western province of Tak, the festival is called Krathong Sai, and the local krathongs are made of coconut shells, filled with wax and floated out into the majestic river Ping. In the northern area of Chiang Mai, Loi Krathong is called Yi Peng and fire lanterns are released so the lights in the sky mirror the candlelit city canals below. 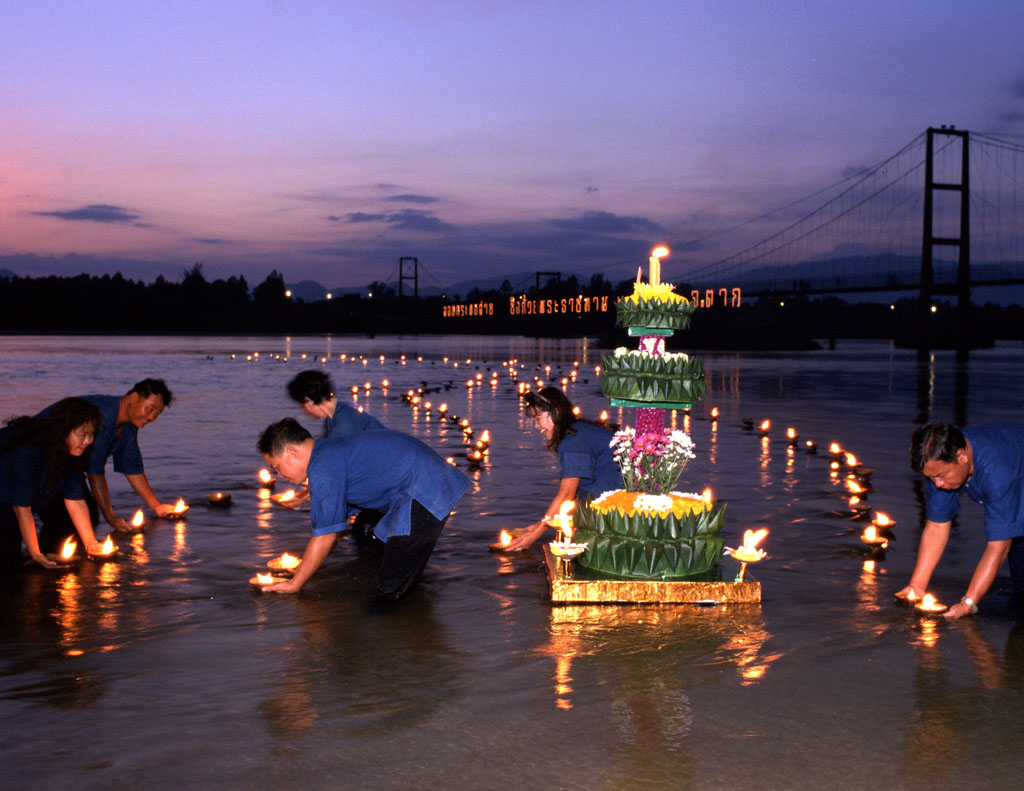 Water plays its part in more personal Thai ceremonies, too. At weddings, water is sprinkled upon the wrists of the bride and the groom to bless the union – and real water lovers can tie the knot below waves in the famous annual underwater wedding off the coast of Trang. Other watery weddings can be enjoyed as couples float on the amazing Red Lotus Sea in the province of Udon Thani. 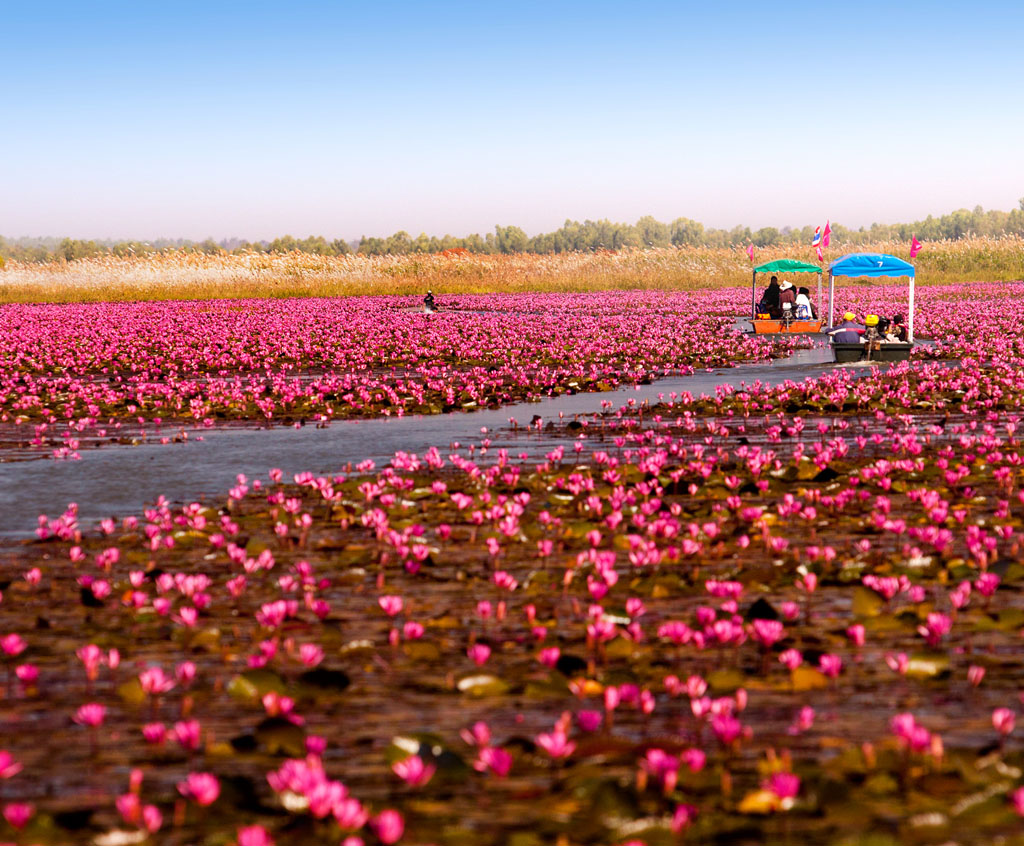 Of course, it’s the mighty Chao Phraya River, which flows through Bangkok, that’s the most important to the kingdom’s history. Three of Thailand’s capitals were built along the banks of this River of Kings – Ayutthaya (1351-1767), which was both an administrative and religious centre, Thonburi (1767-1782) and then Bangkok, which was established in 1782 and thrives to the present day. 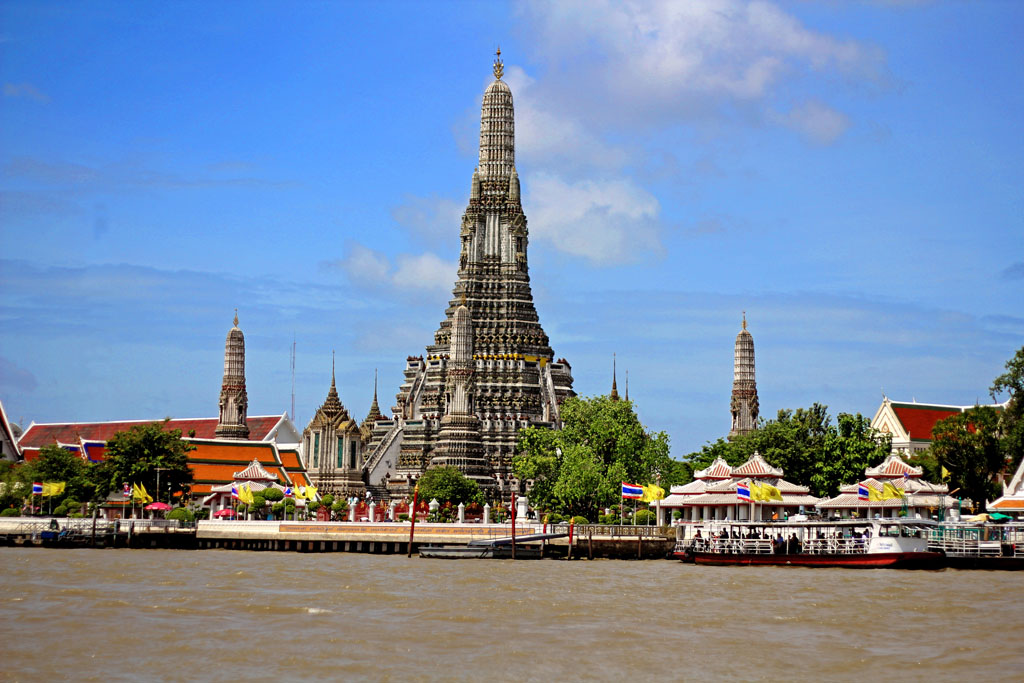 As Thailand opened up to the world, the Chao Phraya River became the gateway to the kingdom. Traders and ambassadors followed the local example and made their homes along the river. Bangkok grew up as a network of canals or khlongs, and the local residents made their homes either on boats or stilts above the waters. In the 1840s, about 90 per cent of the city’s residents lived on the canals which led to the city being called the Venice of the East. 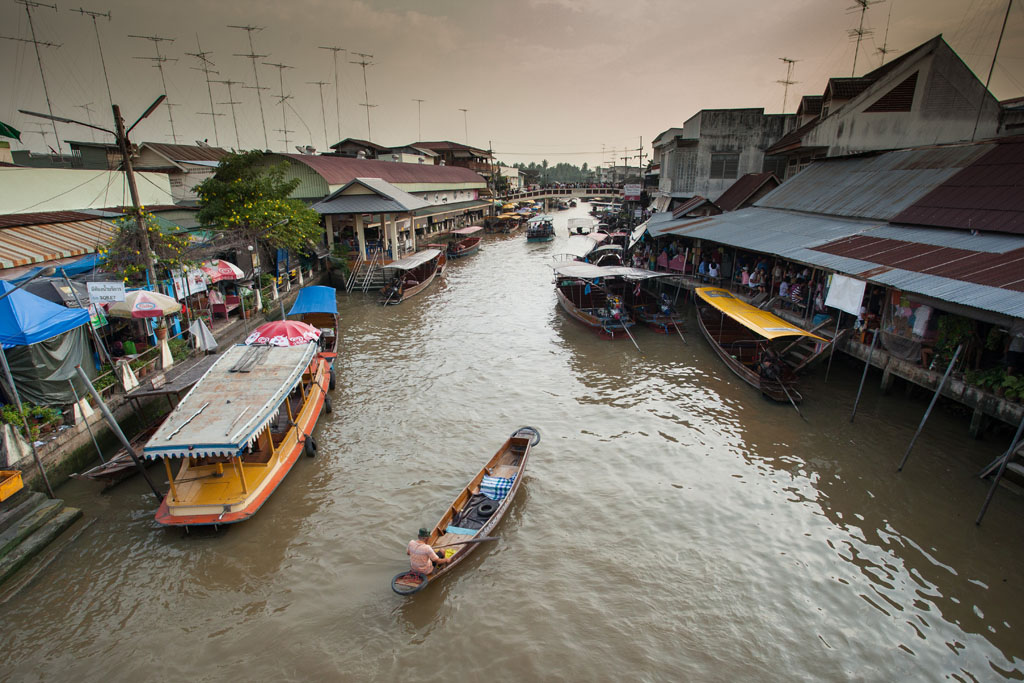 Now once again, the river is buzzing with new trade and industry. The most popular themed shopping venue of recent years, Asiatique, The Riverfront, built on the docks of the old East Asiatic Company, teems with local and international visitors, who come to shop, eat and to enjoy the riverside atmosphere. 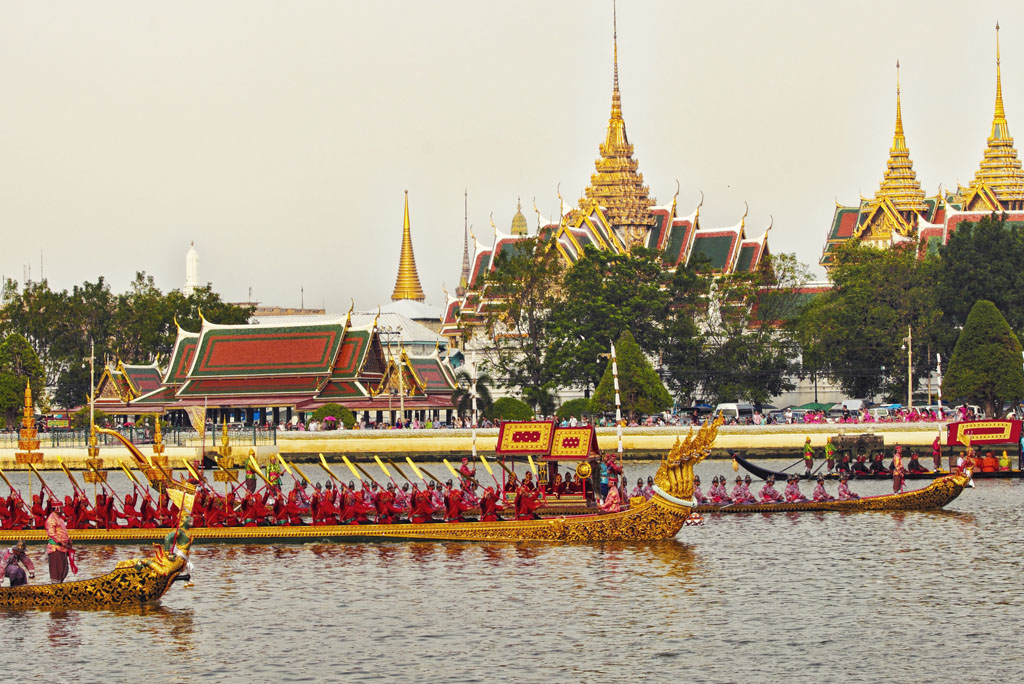 Above all, the Chao Phraya is a royal river, and plays host to one of the most spectacular displays in Thai culture – the Royal Barge Ceremony, in which more than fifty gilded barges are rowed majestically down the river by 2,200 sailors of the Royal Thai Navy. It’s a rare display these days as the delicate barges are only brought out on special occasions, but it’s a very special sight if you’re lucky enough to be in Bangkok when it takes place. 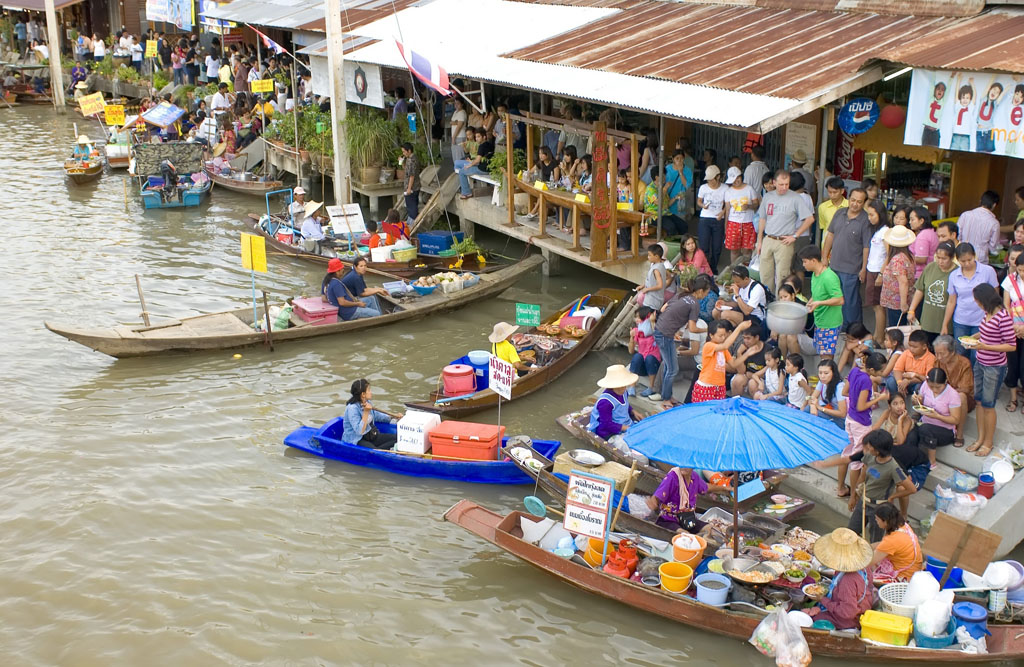 Further afield from Bangkok, many water-based communities can be found. Thailand’s famous floating markets, like Amphawa in Samut Songkgram province, remain popular and offer a great way to interact with local people, see how traditional foods are cooked and soak up the atmosphere.

In 2016, the Thai New Year or Songkran will take place from 13 – 15 April, with celebrations to be held up and down the country. Meanwhile, Loi Krathong will be held on 15 November nationwide, with special celebrations held in the ancient capital of Sukhothai. Be sure to check www.tatnews.org for the latest updates.