The ubiquitous Tuk Tuk, its past, present and future – Amazing Thailand
Skip to content
0
SHARES
ShareTweet

The ubiquitous auto-rickshaw, known lovingly throughout Thailand as the tuk-tuk, is a cheap form of personal transport and taxi-cab. Its name is derived from the sound made by the little two-stroke motor, which in English would be more familiar as ‘putt-putt’.

Here in Trang, the vast majority of tuk-tuks are owned by their drivers as opposed to Bangkok, where the uniform colour indicate they are company owned. Many have been in the same hands for decades. 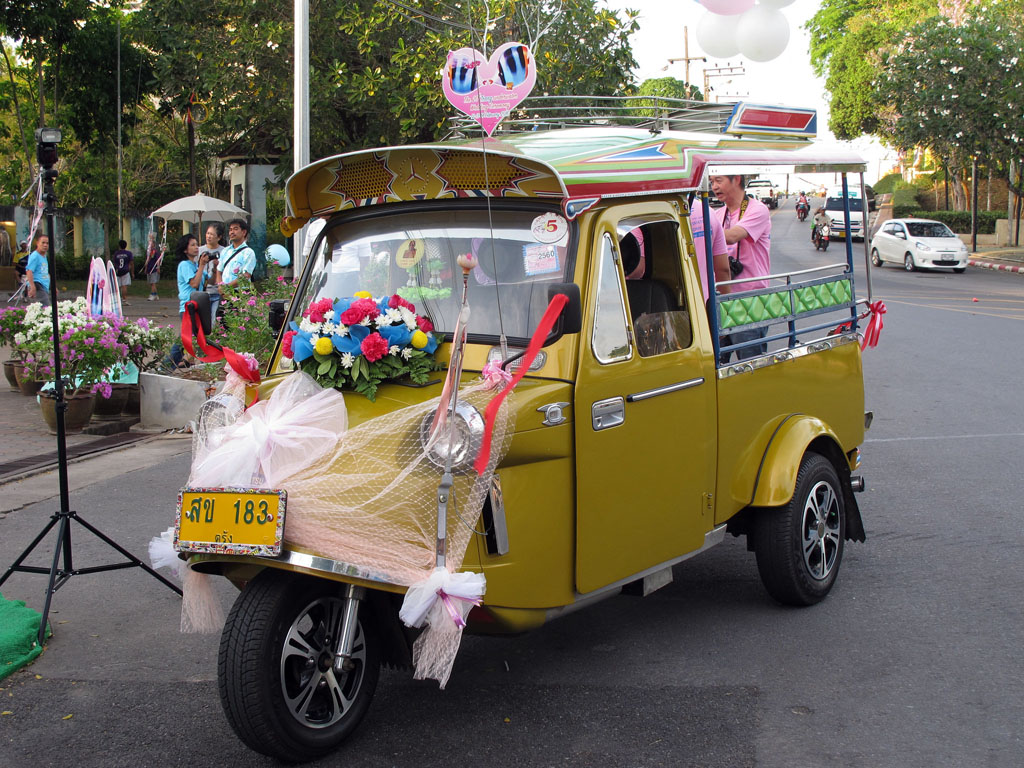 For the ‘spotters’ among us, the design of the DKA Midget began in 1957 in the Daihatsu factory in Japan. The idea was for a compact, economical vehicle for light duties in the many narrow streets of Japanese cities. After an appearance on a TV show, the idea took off and soon the tiny taxis were finding their way onto streets, alleys and workplaces all around the world.

They even enjoyed some limited success in the USA as a light freight and delivery vehicle, and were used around large factory sites like Boeing for transport. The tuk-tuk taxi was marketed in the USA as the Daihatsu Trimobile AP (all purpose) ‘Safari Wagon’.

Trang is one of the few places left in the world where you will easily see the early MP5-derived models that trace their history and design back to the originals from the late 1950s. 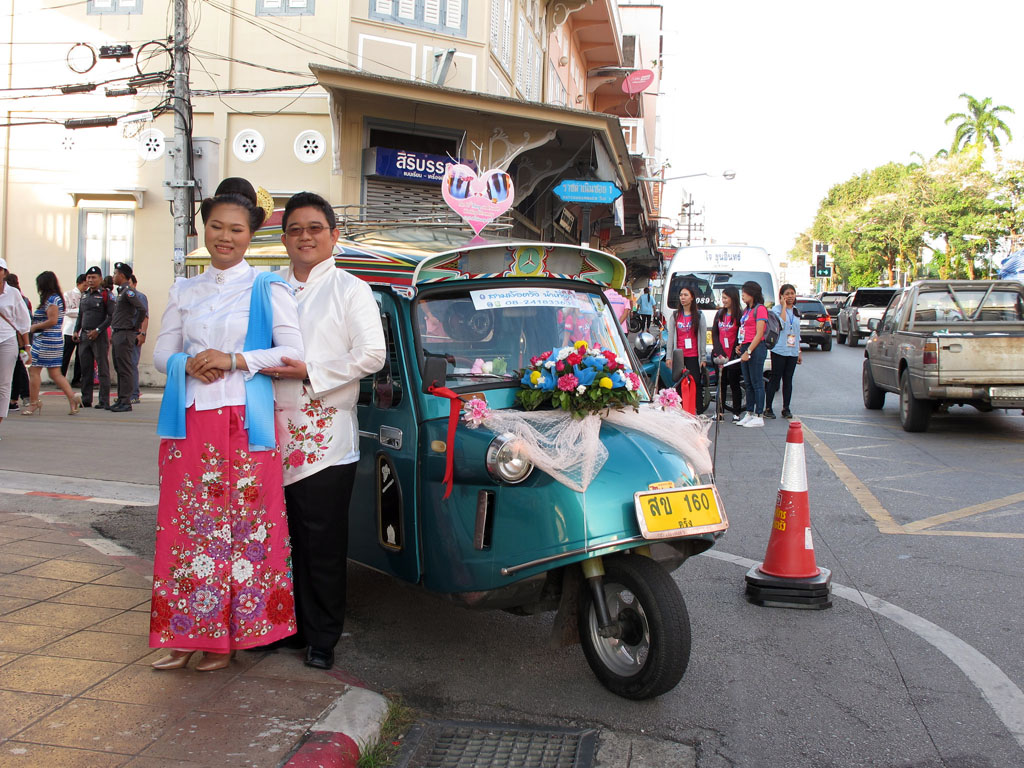 The tuk-tuk is powered by an air-cooled 305cc 2-stroke, single cylinder engine with a power output of around 9kW. In many places of the world, upgrades to LPG are available. This was in response to some congested regions where the little 2-strokes can get a bit smoky, especially if not properly maintained.

Kuhn San has owned his tuk-tuk for more than 30 years, diligently painting and repainting it in the original factory colour. He is not so meticulous about the trimmings, with a Mazda steering wheel, Honda stickers and a Toyota bonnet badge.

While cheap and effective forms of urban transport remain in demand, you can expect to see tuk-tuks on the streets of Thai cities for a while to come. 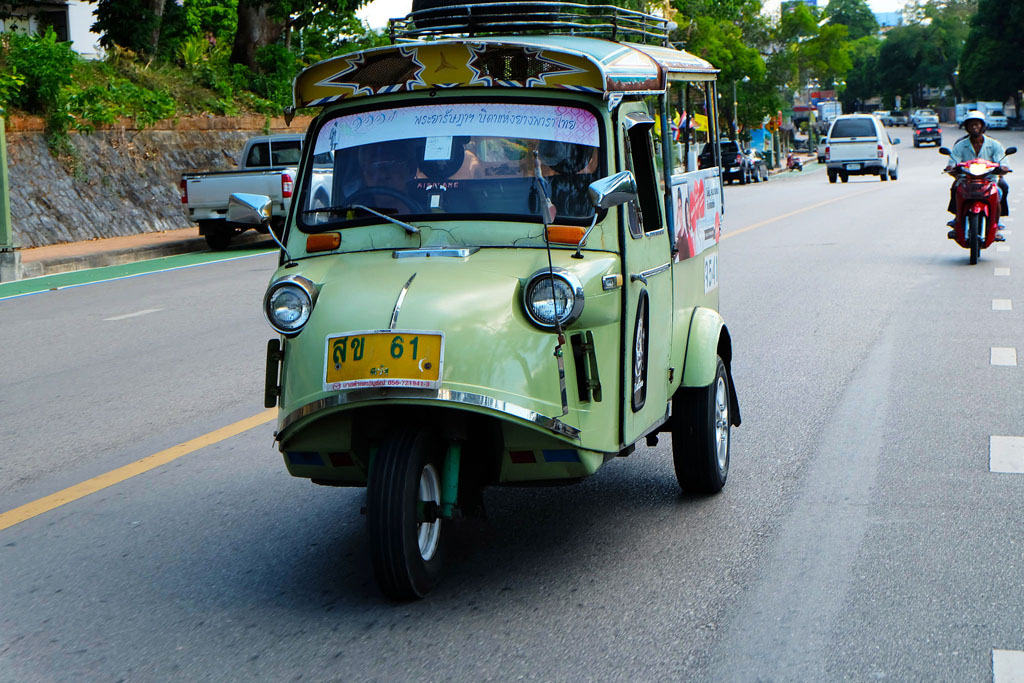 One thought on “The ubiquitous Tuk Tuk, its past, present and future”