Loi Krathong, one of the most vibrant and stunning festivals in Thailand is just around the corner. Here’s a guide to where to celebrate Loi Krathing all over Thailand and even in Sydney, Australia.

On the 25th November, people all over Thailand will float their Krathong (small floating vessels made from banana leafs) down a river or pond to pay respect to the Lord Buddha and seek forgiveness from the goddess of water for any misdeeds against her.

And last Saturday, Sydneysiders joined in the celebrations as the Parramatta River foreshore came to life with light, colour and energy.

Festivities include traditional Thai demonstrations, exhibitions of delicate crafts, enchanting dance performances from Thailand and traditional Thai music bands. Visitors were able to choose from a fusion of food from across South East Asia and enjoy the spring sunset while relaxing at the Thai Beer Garden.

As Thailand came to Sydney for the weekend, Sydneysiders joined the sunset ritual of launching candle-lit Krathongs on the river, make a wish for good fortune, and watched a spectacular fireworks and water fountain display.

The full moon night of the 12th lunar month this year falls on 25 November and the Tourism Authority of Thailand (TAT) is encouraging local and international tourists to visit Thailand to experience this vibrant display of Thai culture.

“The Loi Krathong Festival has been practiced in Thailand for centuries, so it is a precious cultural heritage of the kingdom. Loi Krathong takes place during one of the best times in Thailand when there is a full moon in the sky and the weather is nice and cool. We have listed Loi Krathong among Thailand’s most impressive cultural events under plans to raise their profile into world events.”

This year TAT has listed seven venues from different regions, each of which has its own distinctive style of Loi Krathong celebrations, including Bangkok, Chiang Mai, Sukhothai, Tak, Ayutthaya, Samut Songkram and Ratchaburi. 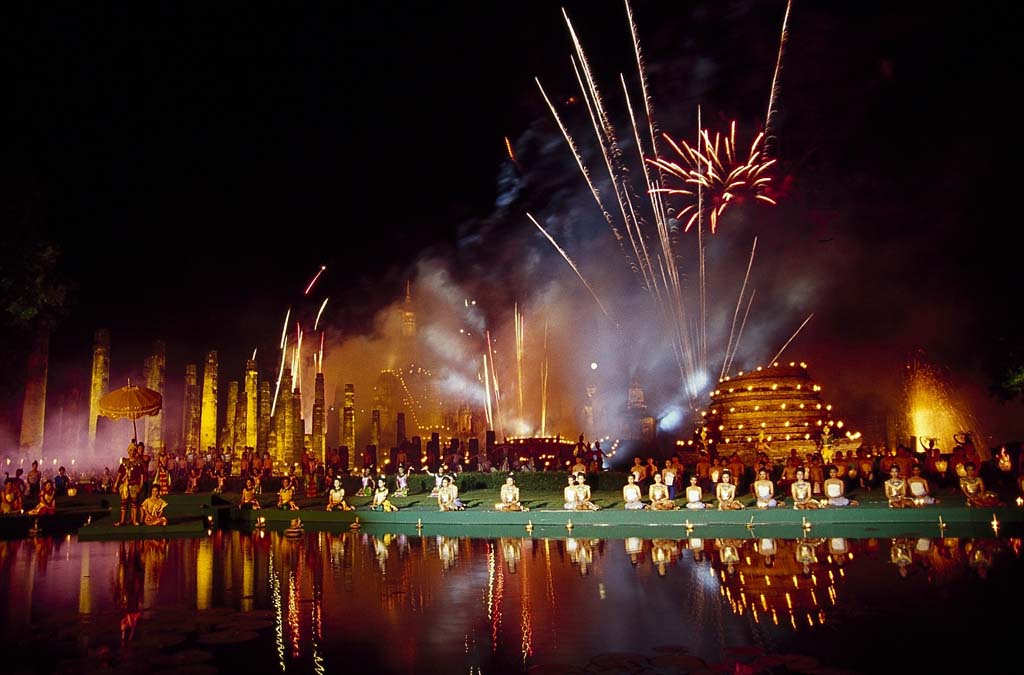 At Suan Nakarapirom in Phra Nakhon district, visitors will be brought back into the charming old Thai atmosphere when people clad in traditional Thai costumes taking part in cultural activities of the Rattanakosin period with the highlight – a Loi Krathong ceremony in the ancient Thai style – scheduled to take place on the nights of 23-25 November.

Meanwhile, several fun-filled cultural activities dedicated to Loi Krathong will also be featured at the public park near the Rama 8 Bridge. Throughout three nights, there will be an illuminated boat procession to light up the River of Kings with seven illuminated boats set to run from Bangkok Bridge to Rama 8 Bridge.

In addition, eight hotels on the riverside are joining hands to host an extravagant fireworks display over the Chao Phraya River between Sathon Bridge and Phra Pokklao Bridge on 25 November at 22:00 Hrs. to make it a memorable night. 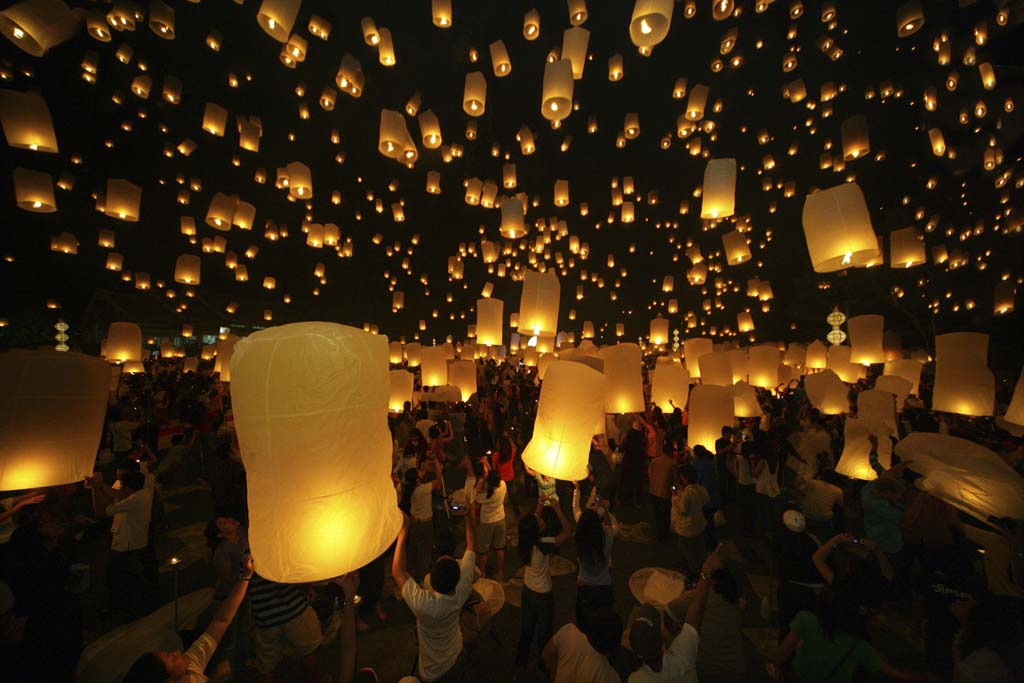 In Sukhothai, which is the home of the Loi Krathong Festival in Thailand, the Sukhothai Historical Park will be the biggest venue for a spectacular light and sound show portraying the legend of this festival.

At Tak, the local people celebrate the Loi Krathong Festival by floating a thread of 1,000 glittering krathongs made from coconut shells into the river. The event makes a spectacular night-time atmosphere near the Rattanakosin 200-years Bridge over the Ping River.

In Central Thailand, the highlights are in Ayutthaya, Samut Songkram, and Ratchaburi.

Samut Songkram boasts its unique Kap Kluai Mueang Mae Klong celebration, setting afloat more than 200,000 krathongs made of banana trunks on the river along with contests of krathongs and illuminated boat processions. In Ratchaburi, the ethnic Mon people celebrate the Loi Krathong Si and Loi Krathong Sai Mon by lighting candles around the temple’s bot and viharn buildings and floating krathongs made from colourful paper.