When our guide said we were stopping by a “monument where monkeys live” in the city of Lopburi, 93 kilometres northeast of Bangkok, I assumed she meant a temple in the jungle. When our bus pulled up on a chaotic city square I was confused – where were the trees? 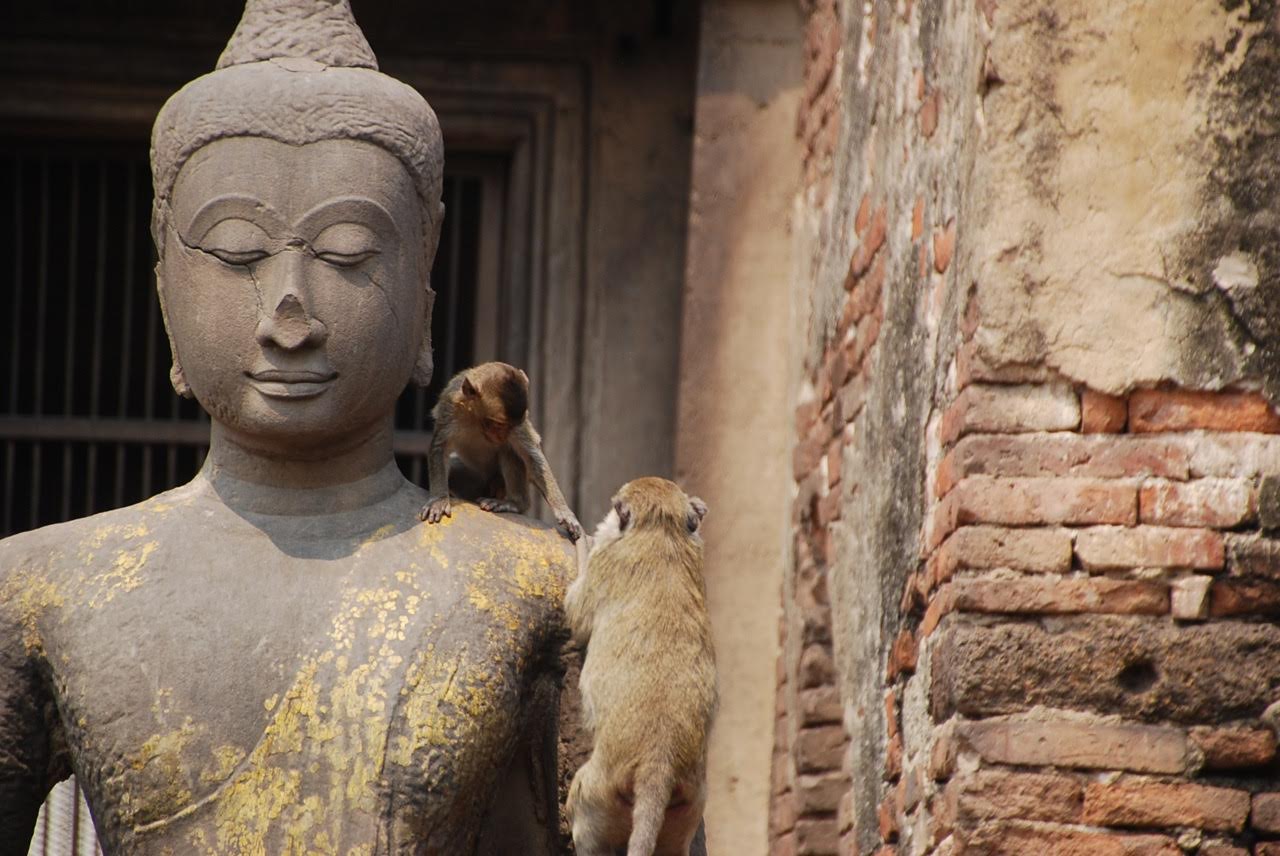 Then I looked over at the crumbling ruins of a Khmer temple, Prang Sam Yot, located in the middle of a busy intersection… and saw it was indeed, crawling with macaques – literally. There are hundreds of them, scampering on the sidewalks, hanging off electrical wires and picking at fleas on the steps of the temple. 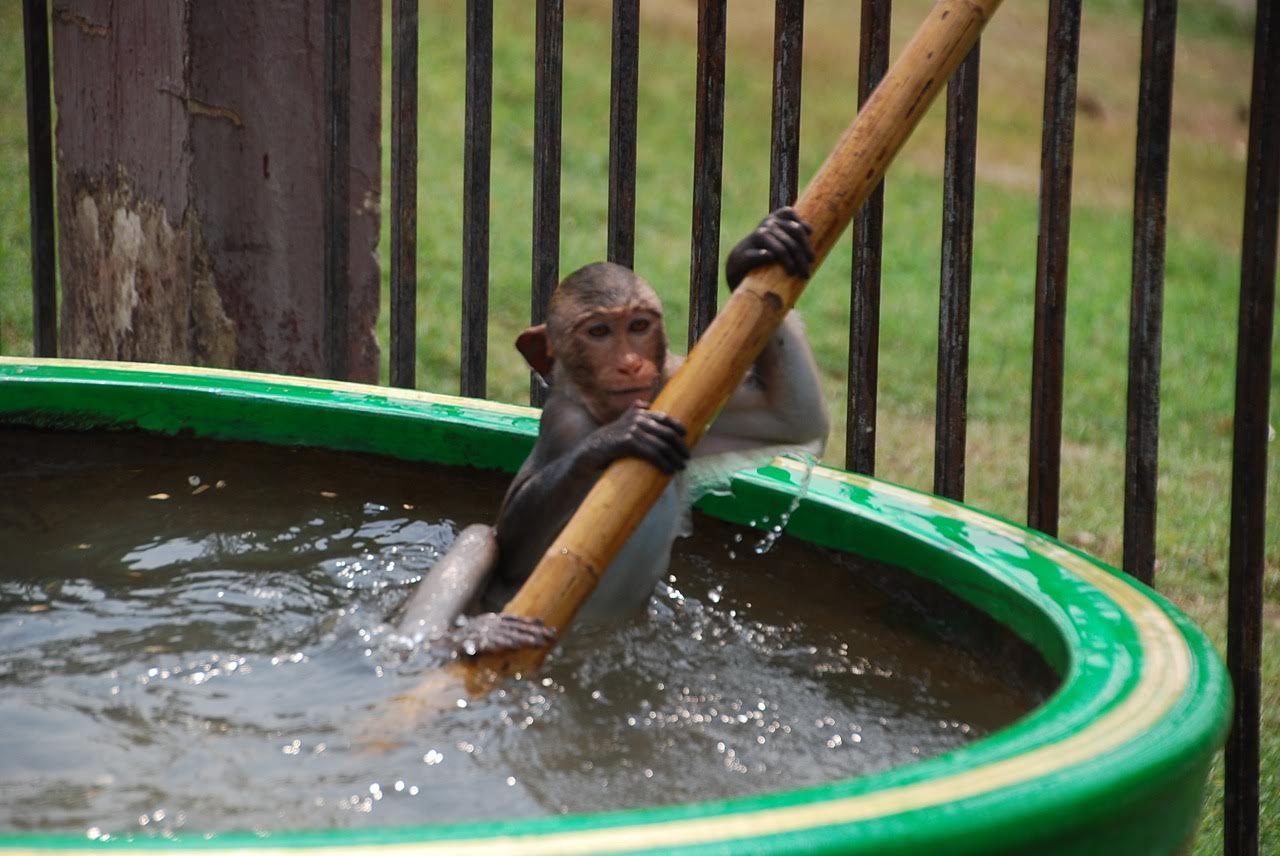 In fact, the whole town is veritably crawling with monkeys … and I must admit it’s a little disconcerting! Fed by locals and tourists, the cheeky, flea-ridden beggars show no fear, and will even leap on your shoulder or head at the slightest encouragement. Hang onto your sunglasses, hats and wallet – they WILL steal from you if you allow them! 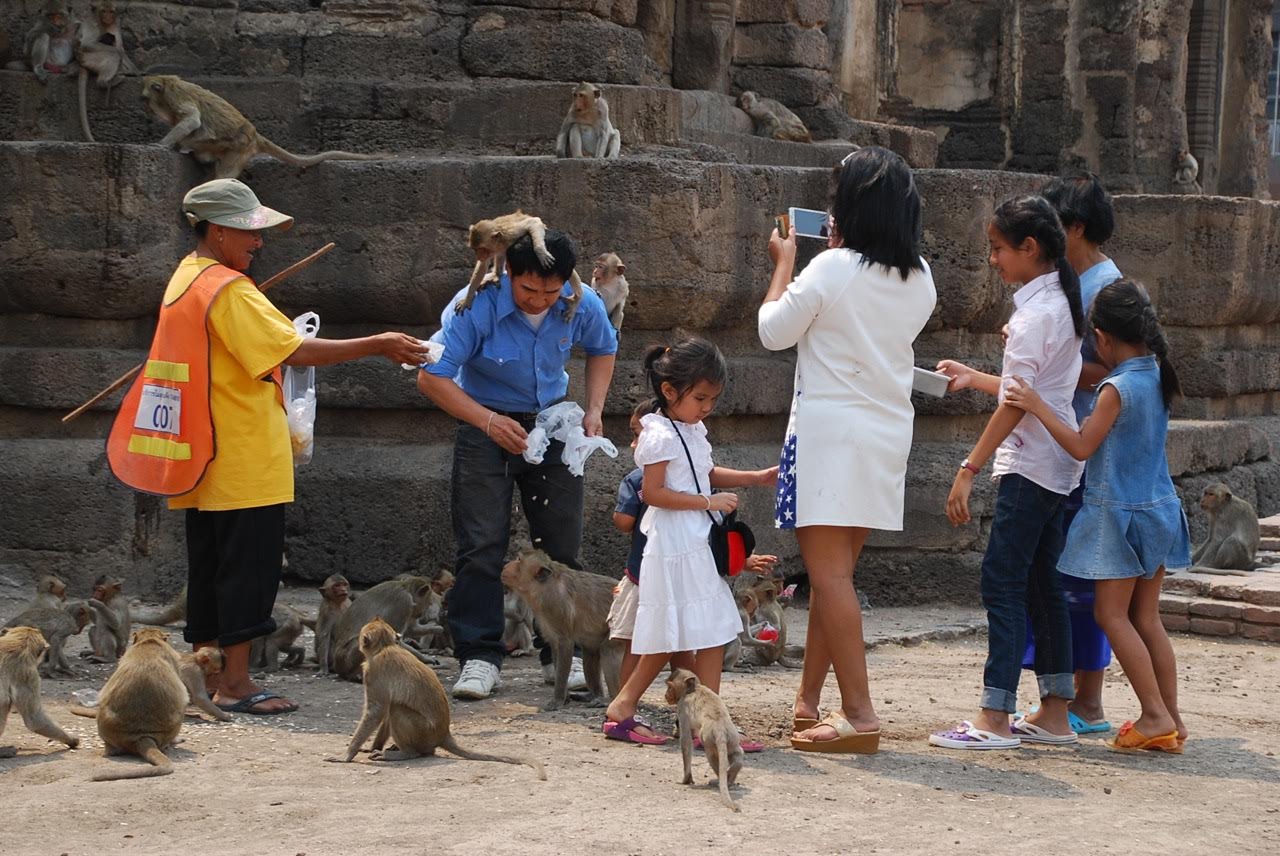 Without a tree in sight, I was curious how these monkeys got here and made a home in what seems to be a very inhospitable environment. Well, when the temple was built in the 11th century, the area was heavily forested, and of course inhabited by the long-tailed macaques. Gradually, civilisation encroached on the monkey’s world, forcing them ever inwards … and to the sanctuary of the temple. Here, they were fed, even revered – so they stayed. 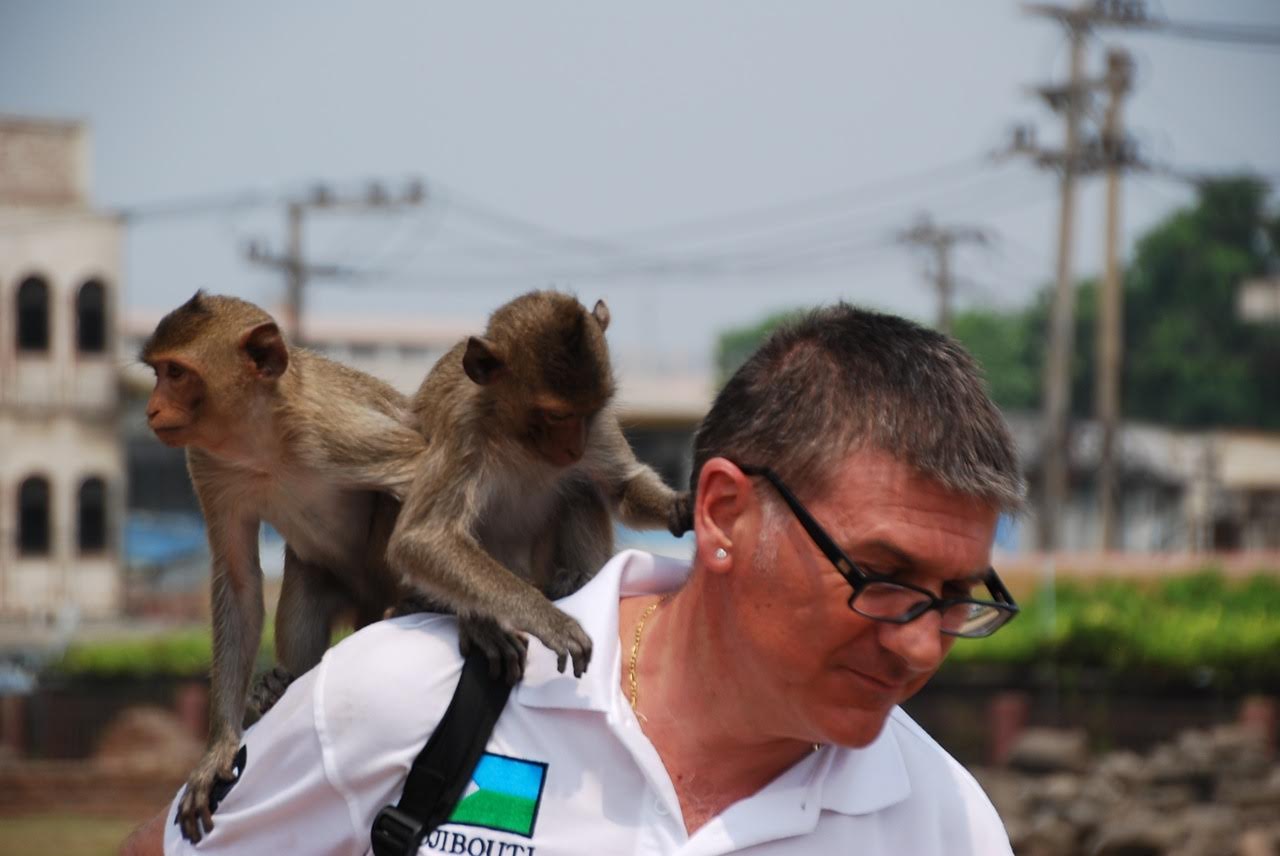 In Hindu folklore, monkeys were thought to bring luck, the embodiment of the god Hanuman. In recent times, tourists stop by for photo opportunities with these simians, bringing further prosperity to the town. As a way of thanks, Lopburi now holds an annual festival dedicated to the monkeys, offering them a banquet of fruit rather than their usual diet of stolen snacks. 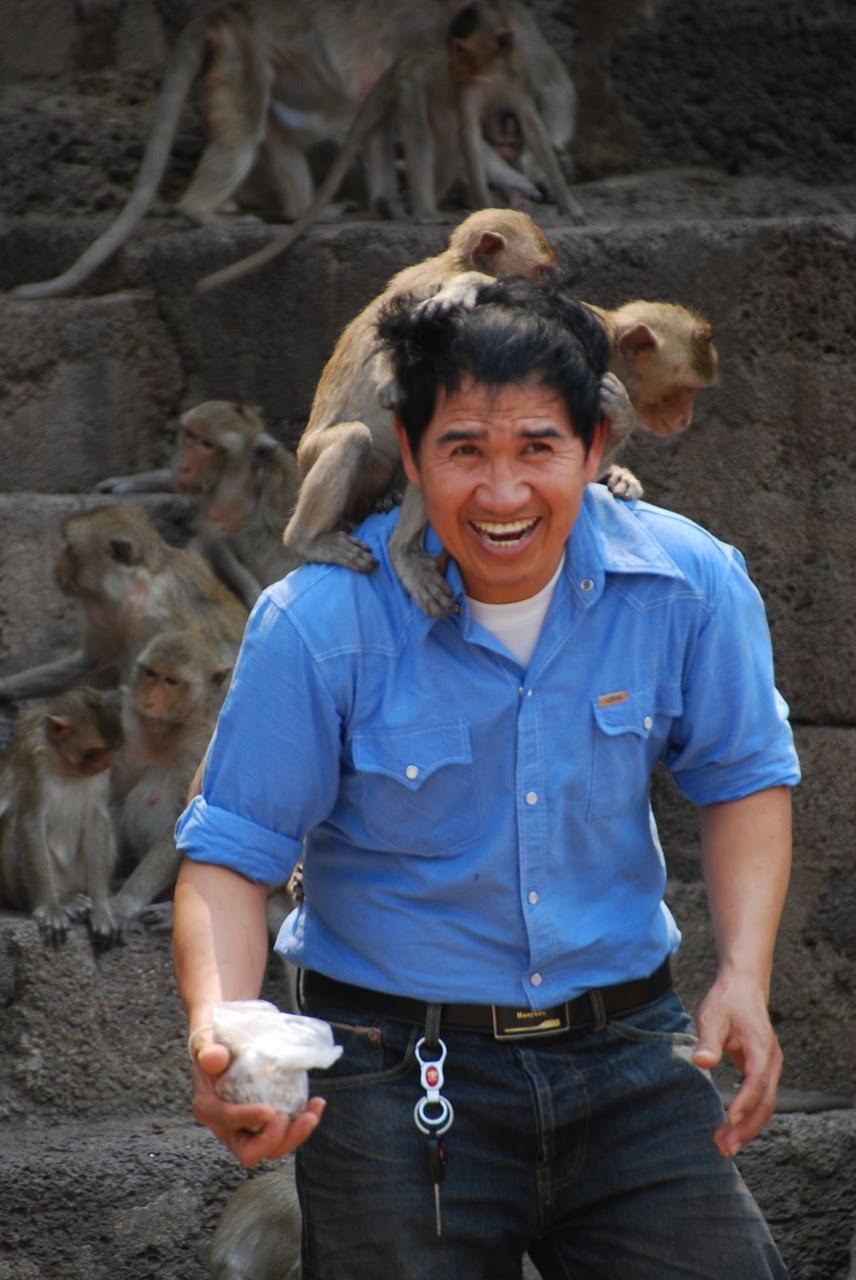 These monkeys are smart, funny and entertaining – for a few minutes at least. Urban legend has it that when the food runs out, they’ll hop on a passing train, jump off at the closest market for dinner, then return on the next train. One clever monkey even went as far as Chiang Mai on holiday … or so the story goes.