In the middle of a game, Siam’s King Rama VII learned that a powerful alliance of bureaucrats and soldiers in Bangkok was demanding that he replace his country’s 700-year old absolute monarchy with a constitutional one. The King reportedly said to his golfing partners, “I told you so,” and played on. And thus began Siam-Thailand’s sometimes rocky journey towards democracy. 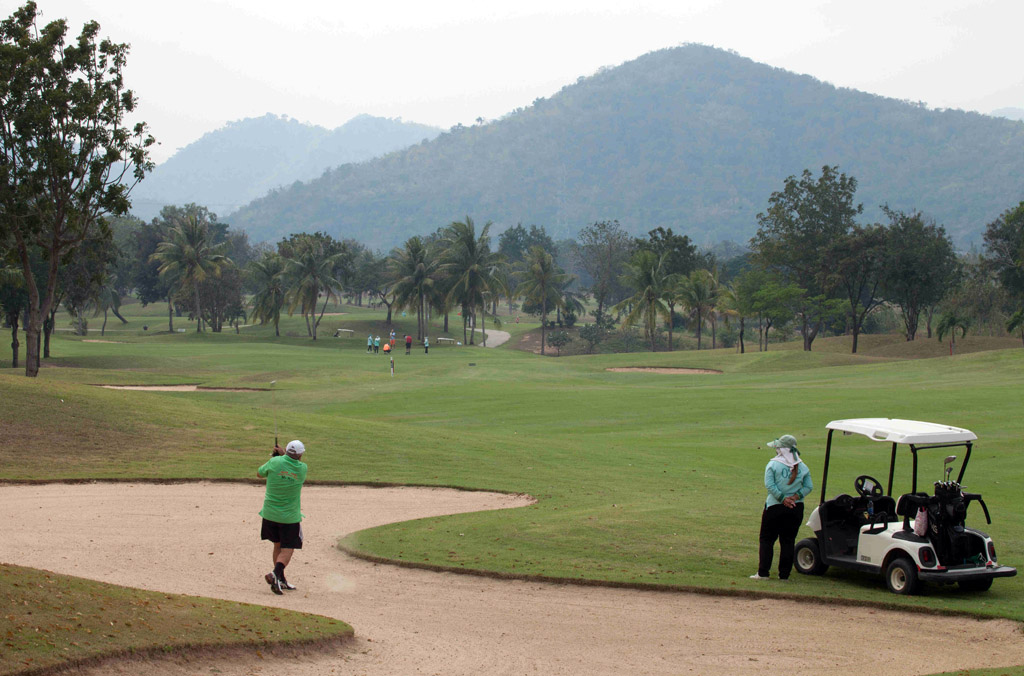 In the 1920s, Hua Hin was in vogue with the royal court and Bangkok society, and a railway was pushed through from the capital. The exotic little Royal Waiting Room constructed for the king still stands on the platform, a uniquely Thai structure that looks like a cross between a temple and a ticket office. 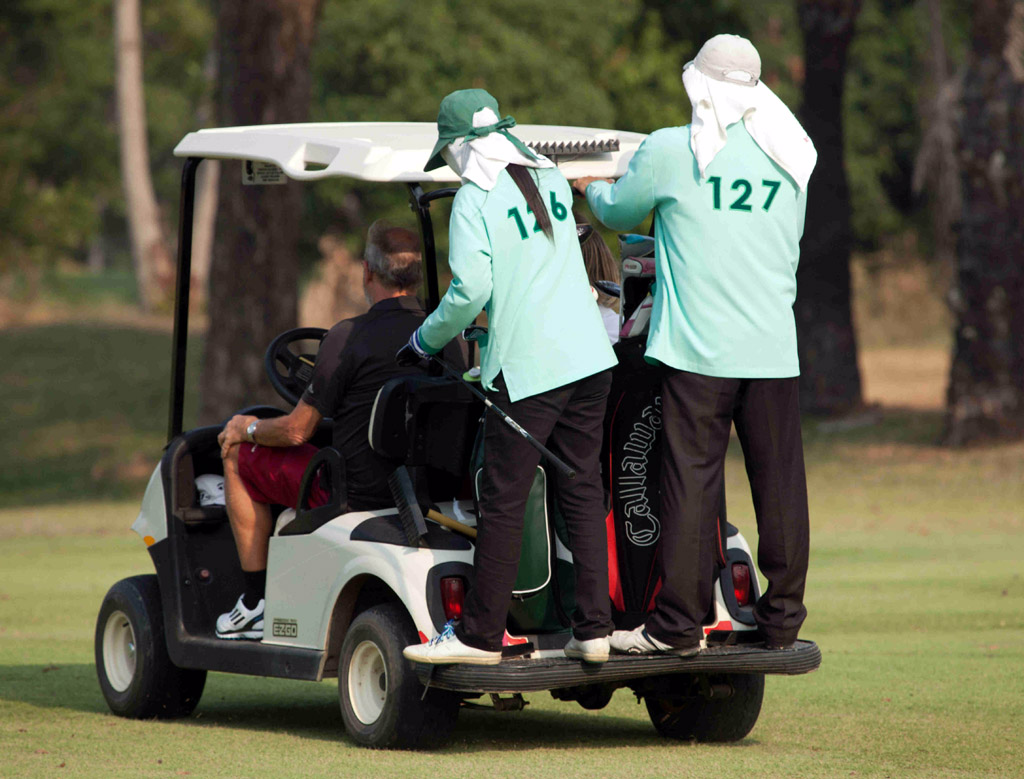 Golf is still the hottest game in town with Hua Hin regularly hosting major tournaments. It all began when the country’s first golf course, Royal Hua Hin opened in the 1920s (legend has it that the caddies often had to chase tigers off the fairways). Today there are some nine quality courses along the stretch of the Gulf of Thailand between Cha-am and Hua Hin, making this virtually the Gulf of Golf. 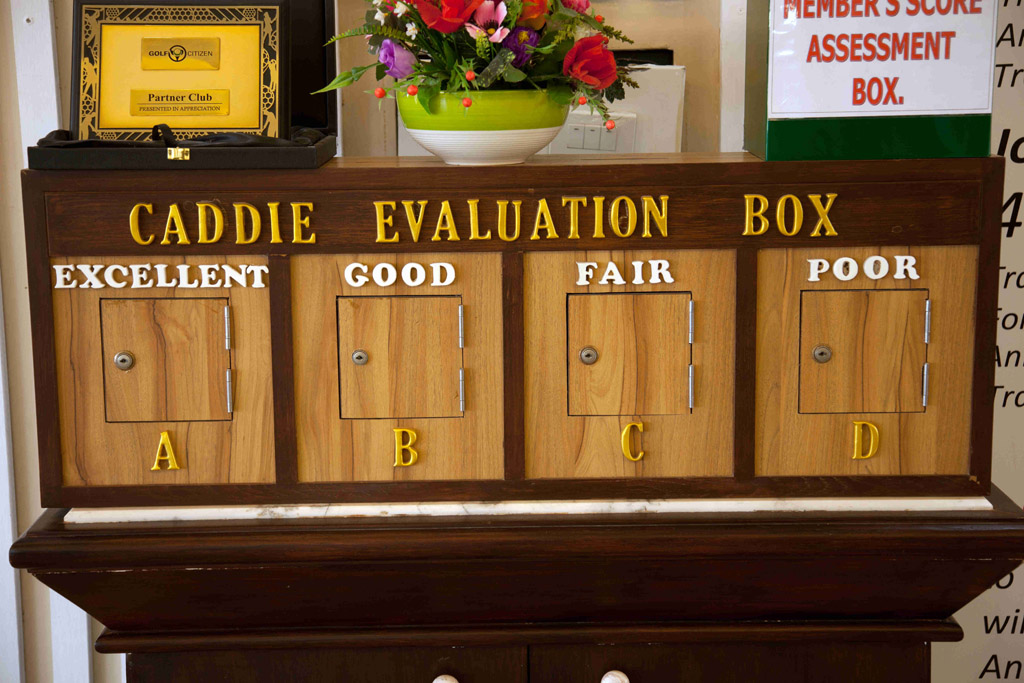 The opulent golf resort-cum-housing estates of today can seem like the equivalent of yesterday’s princely compounds. Their tees and fairways, manicured if not pedicured to perfection, are framed by plantation hills and, to the west, the border ranges with Burma. As well as fairways they boast driving ranges, practice greens, elegant restaurants, pro shops, fleets of buggies and squads of skilled, smartly garbed caddies. It’s all an eye-opener. A bit more so when I notice a familiar-looking bloke teeing off at the svelte Banyan Golf Club. It’s veteran Aussie rocker and formerly working class man, Jimmy Barnes. One of his gold records hanging in the club’s Mulligan’s Pub confirms his good standing here. 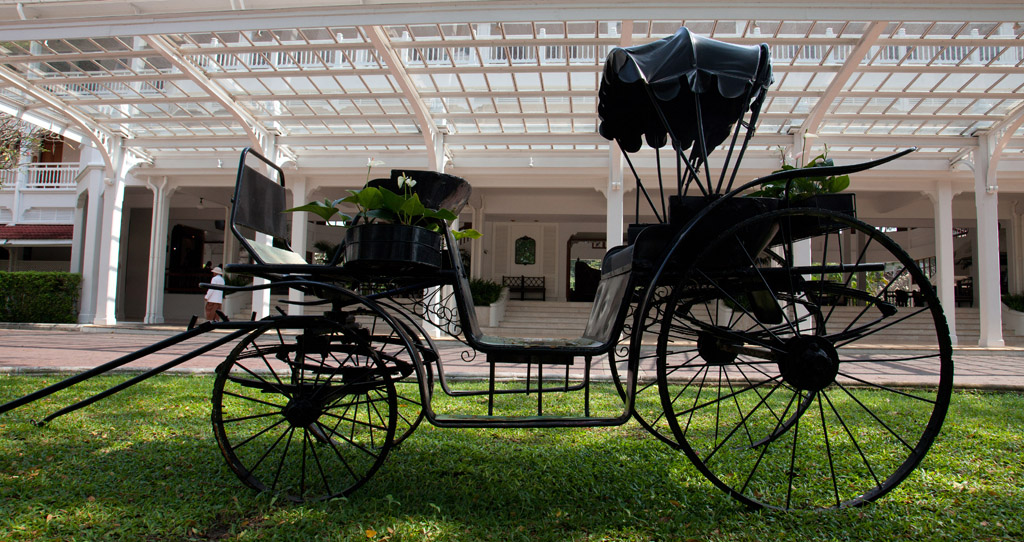 Another course, Imperial Lake View, is owned by Thailand’s Chang brewery, one of the sponsors of the annual Hua Hin World Masters championship. The manager tells me that on the first year of the championship free Chang beer provided for all players, including at drink stations out on the course. Officials however soon noticed that as competitors quenched their thirsts, their progress around the 18 holes grew slower and more erratic. The following groups were delayed and when they too fell upon the grog, it all went south from there. The system is now: free beer in the clubhouse — not on the course — after your round is finished. 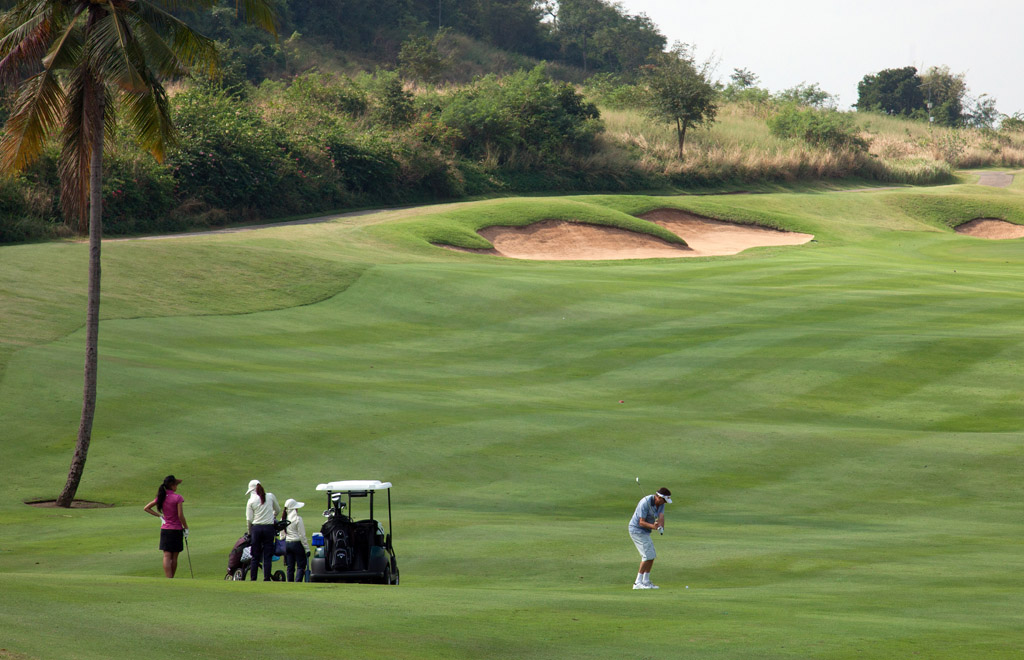 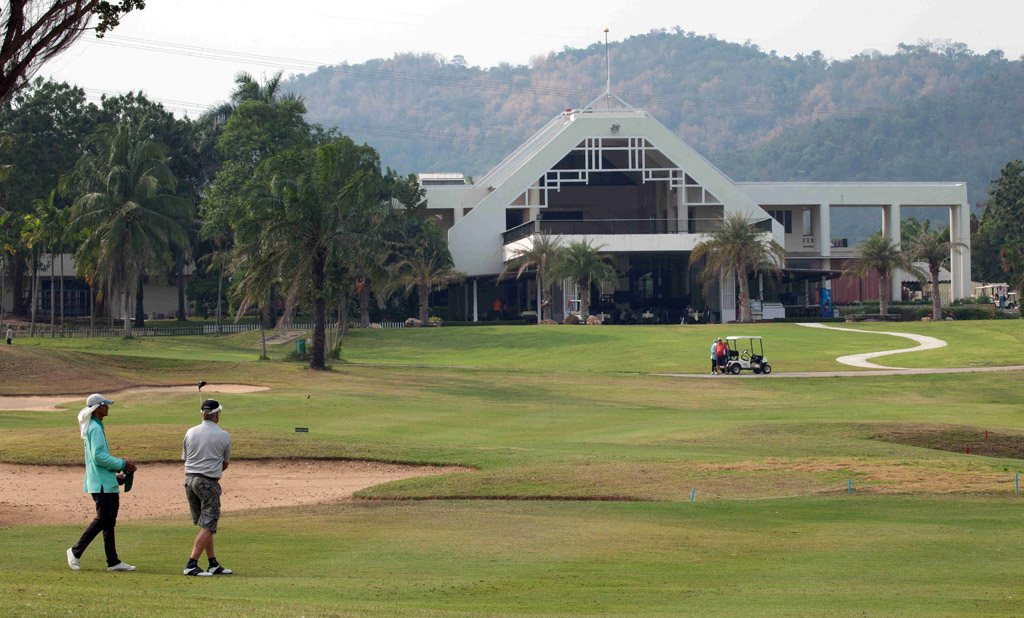 Black Mountain Golf Club. First course in Thailand to make US Golf Digest’s list of “Best 100 Courses Outside USA” and among the most challenging in the country.