“Nan and Phrae — where are they?” It’s a common response when you mention these historic, north Thailand towns. They might be off the major tourist trail but they’re still easily found: just head 560 kilometres up the highway from Bangkok and you’re in Phrae. Take a break there, and then roll 130 km further northeast to Nan.

So, what’s there? In a nutshell, Thailand-of-the-Thais: historic towns loaded with Lanna temples, teak mansions and good manners. Towns that haven’t lost their local identity to mall-sprawl and same-same tourist night markets. 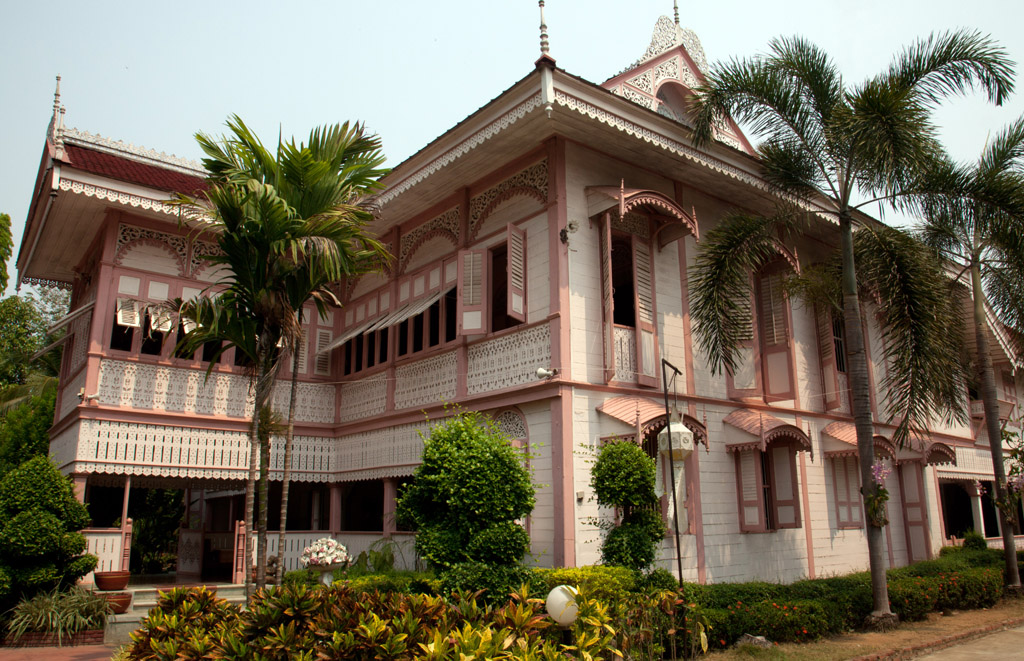 Phrae, Thailand’s former teak capital still has some 20 grand wooden mansions, ornate remnants from a century ago when the town was home to logging companies such as the Bombay Burmah Trading Company and the East Asiatic Comapany, and foreigners like Louis T. Leonowens, son of the controversial Anna Leonowens of The King and I fame. 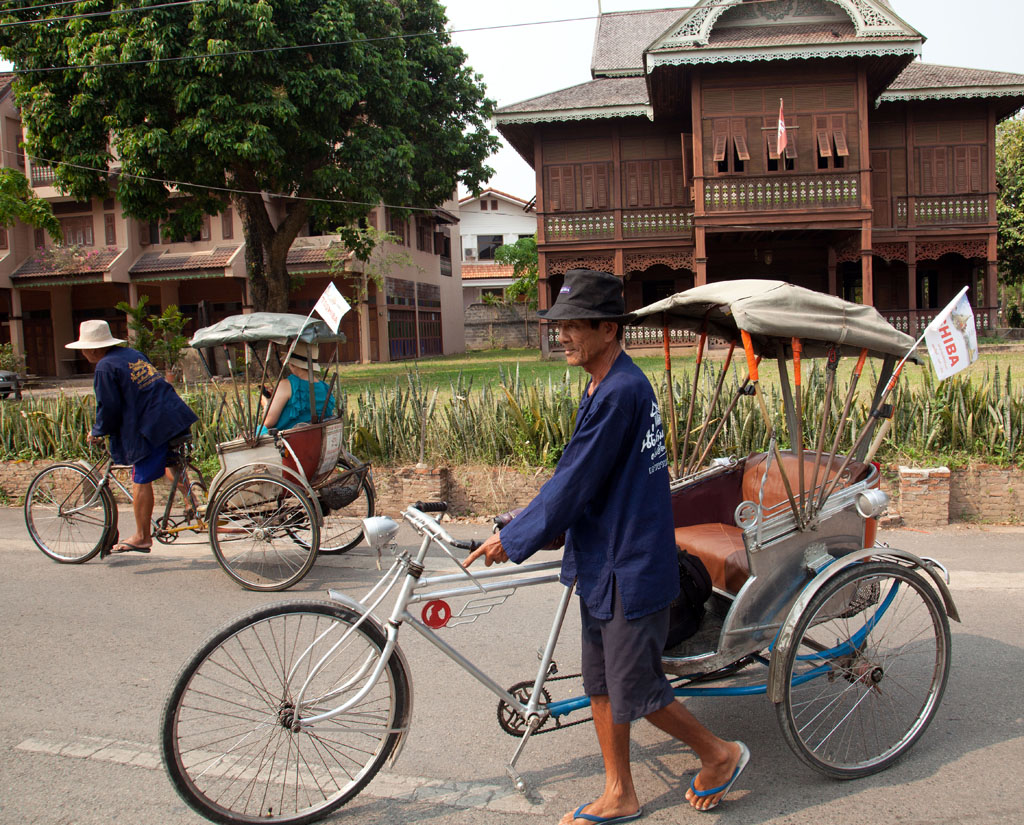 Take a samlor cycle rickshaw tour to see Phrae’s filigreed, colonial-style darlings. The best-known mansion, Khum Chao Luang belonged to Phrae’s last independent ruler, who fled in 1902. His two-storey, Italianate palace, built in 1892, is now a museum where you can see his household fineries, but beneath these polished teak floors squats a grim past. The cellar was a prison where the feudal lord kept slaves and miscreants confined in darkness, awaiting punishment or eternity. 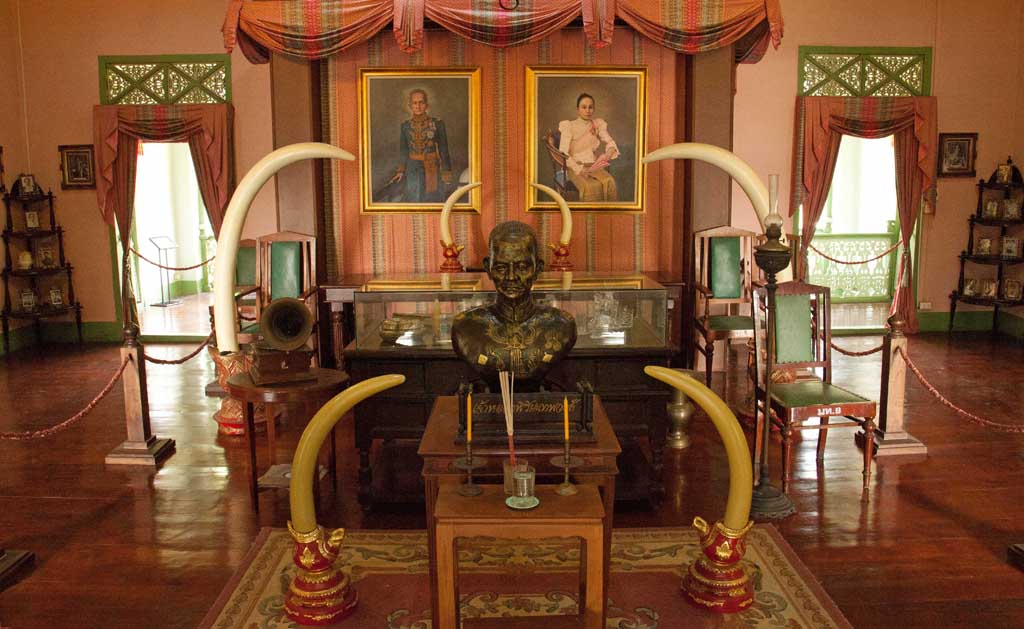 “Walk backwards into the cellar, so that you can come out safely again,” says our local guide, managing a grin that’s closer to a grimace. Many Thais have an attraction-repulsion fascination with ghosts and I hear visitors whispering about spooks in the cellar. The guide adds, “Ask permission from the ghost before you take a photo in there.” 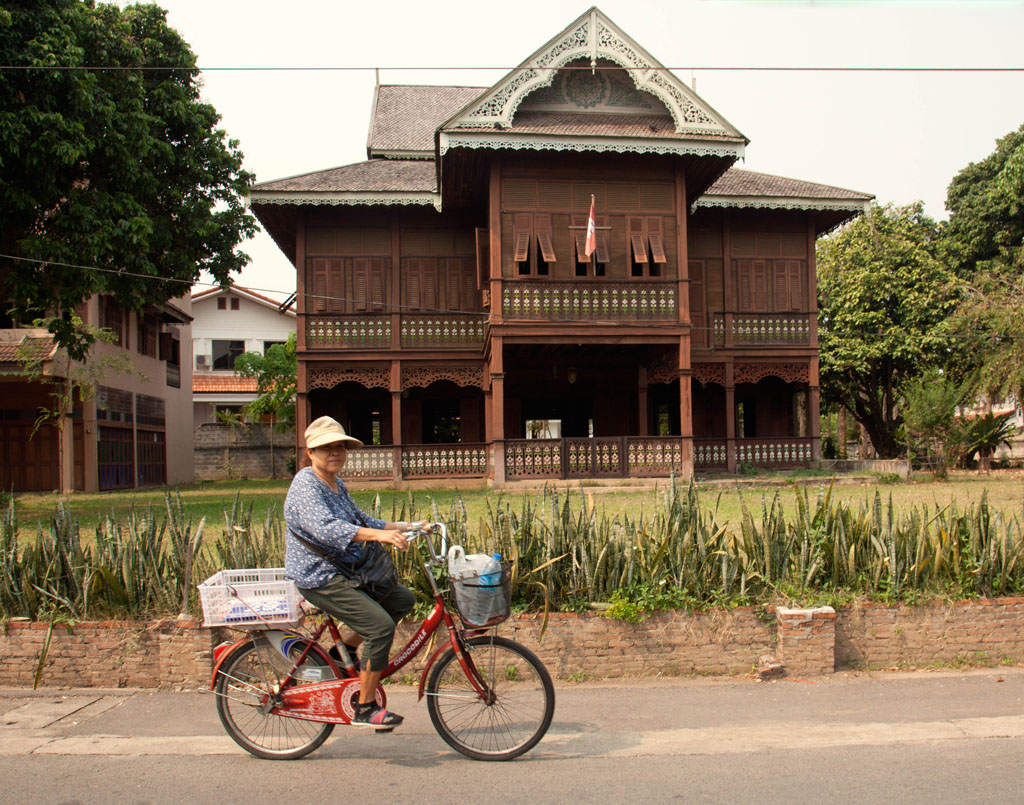 There is a lighter side to Phrae. On my rickshaw ride I take in its temples and mansions of sunnier provenance, such as the grand Vichairacha House. And then there are the local ways. “The northern Thai language they talk sounds so sweet and soft. And smelling the grilled chicken and hot sticky rice in bamboo for breakfast…” My Thai friend Sam trails off nostalgically as she recalls a youthful journey to this region that, for me, embodies the best of up-country Thailand: prosperity without bling, modernity minus the traffic jams and a wealth of Lanna kingdoms history. 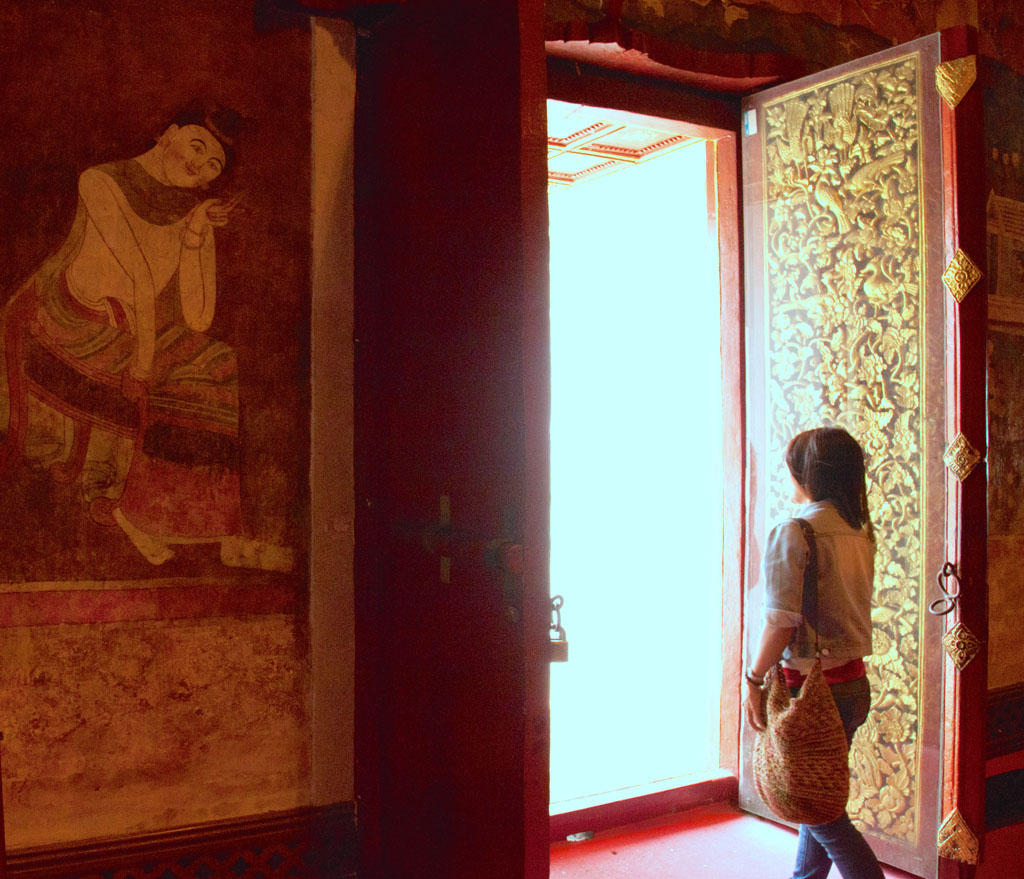 If Nan, like Phrae, is a slice of heaven for history buffs, it might be a mild “hell” for party animals. There’s no flash-bang nightlife here — instead you can dine on the banks of the Nan River, beneath the stars, on dishes like khao soy ghai plus banana flower salad, and crisp-fried freshwater fish. Six of us do just that, drinking well and eating even better, all for under one thousand baht, or forty dollars. 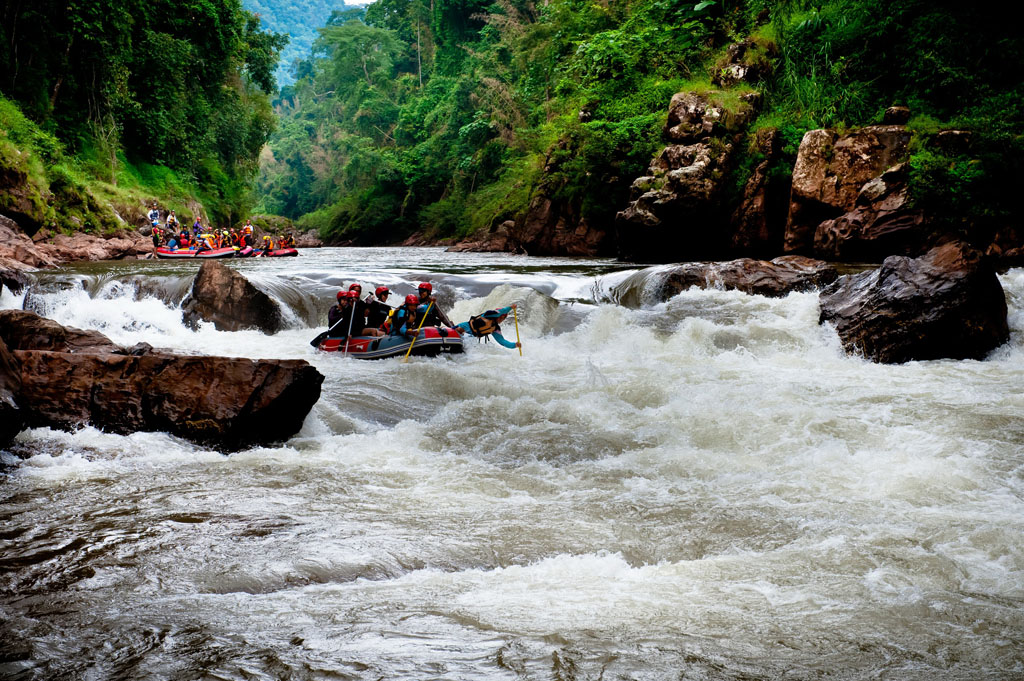 There are 475 temples in Nan province so you’re guaranteed to bump into plenty in its capital. Local schoolkids at Wat Suantan, training to be guides, give us a singsong recitation about their temple. It’s all in Thai but still a winner. 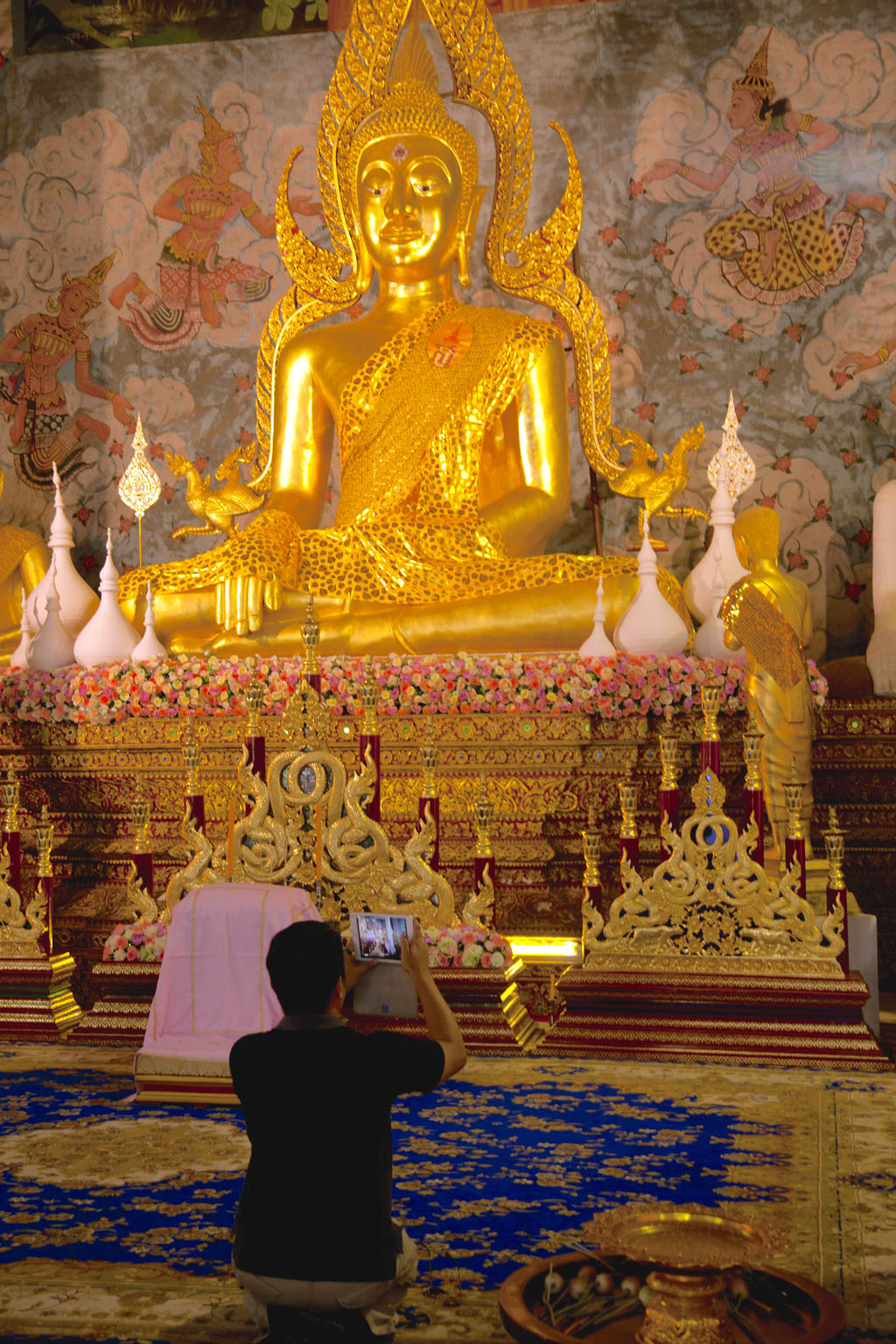 Wat Phumin, built in 1569, is Nan’s icon. Its central golden Buddha faces in four directions but the real fascination is in the vivid murals that depict scenes from the lives of the Buddha, and others that show daily Nan life in transition in the late 19th century, including images of foreign sailing ships and European costumes. 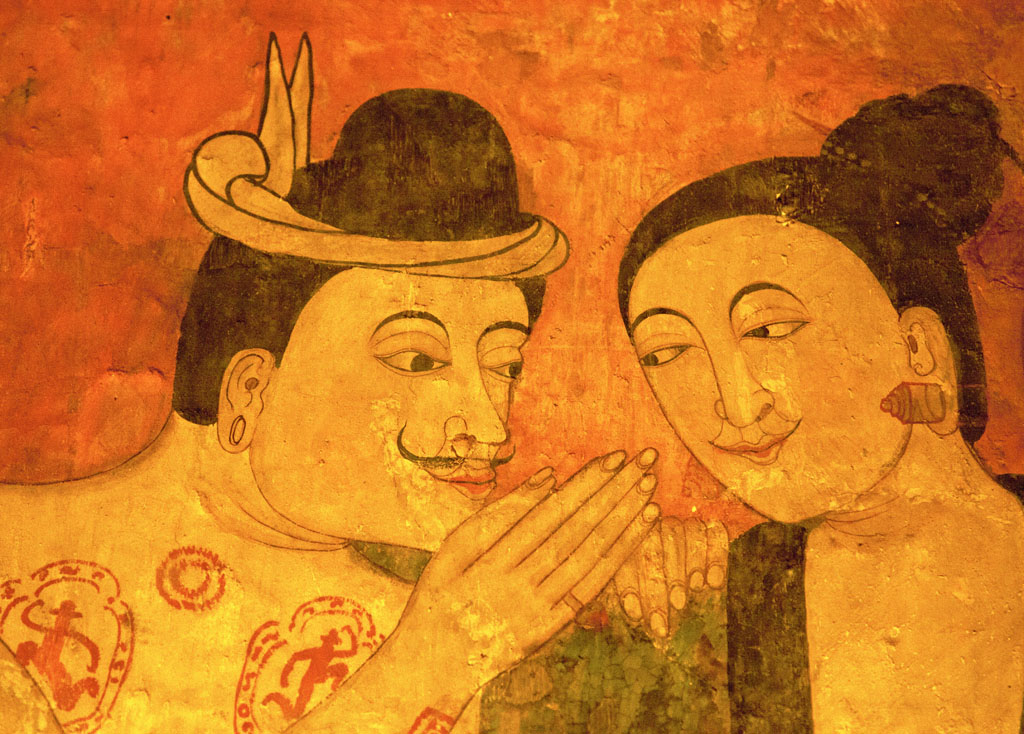 White-water rafting is big in Nan during June and July but I’m here in March when the river is low and the temperature is blazing hot, so I head to a famous sweet shop called Khong Wan Pa Nim. The black sticky rice with ice cream, sago and coconut milk is, I swear, the best in the Kingdom. 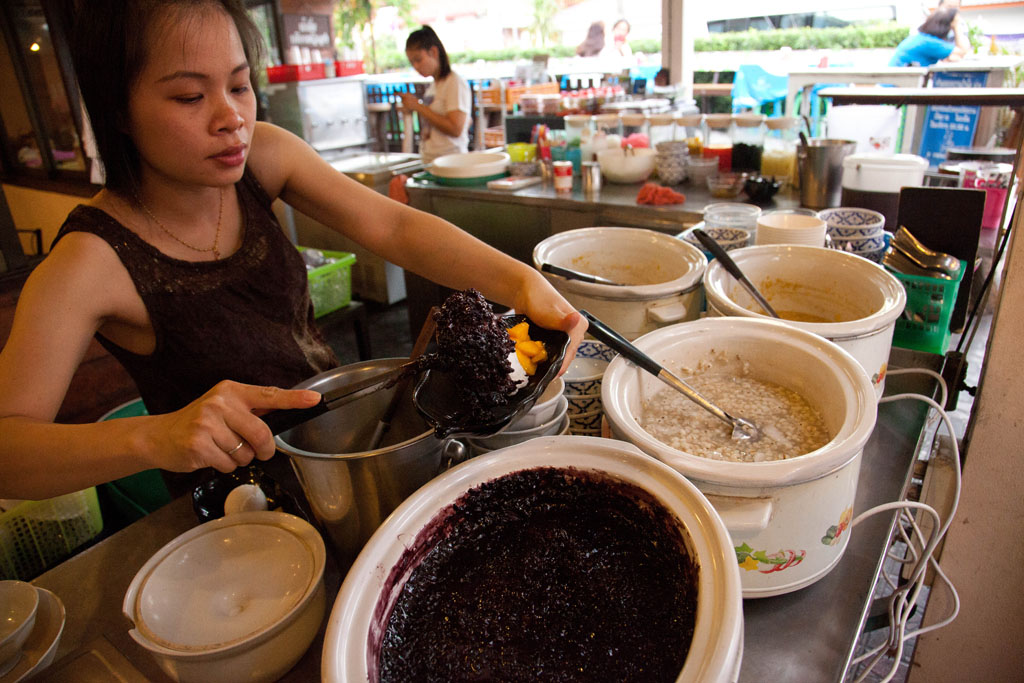 Nan is both modern and ancient. Established in 1282, it was the capital of an independent Lanna kingdom sitting midway between Chiang Mai and Luang Prabang that absorbed the cultures of both centres. You can still spot its old city walls, especially if you hop on the town’s tourist tram for a leisurely spin around the sights, including Nan’s own array of teak mansions. 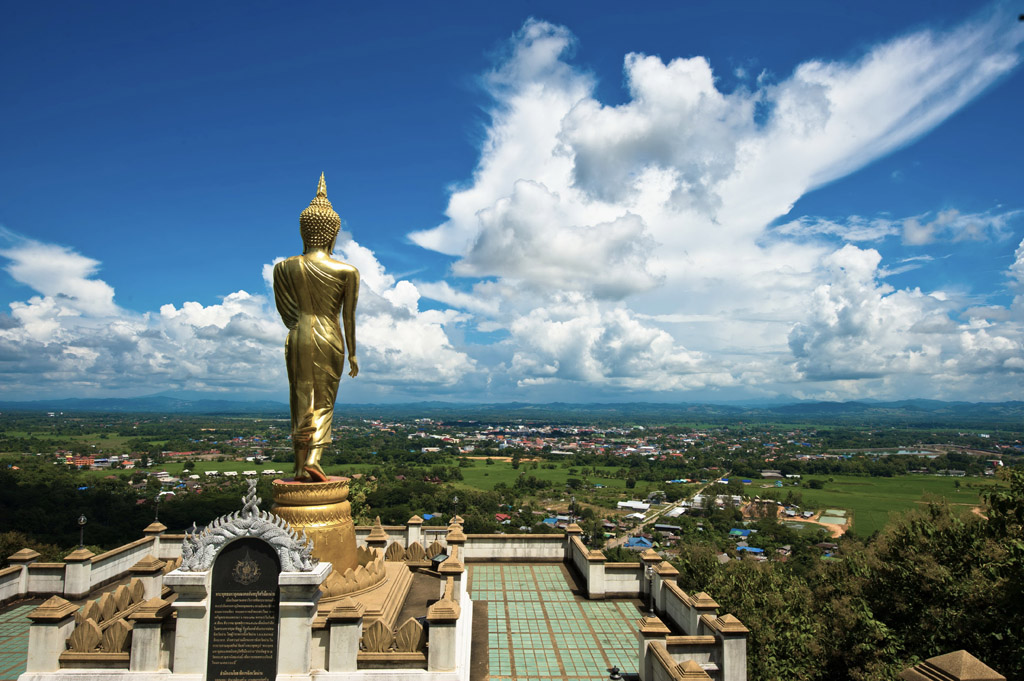 During our tour the guide announces that Nan has been declared “The 137th safest city in the world.” Something is lost in translation? Or perhaps, given the world’s vast number of cities, this is actually an enviable title? Either way, in Nan you’re as safe as houses, temples and that unbeatable ice cream.

One thought on “Hidden Gems of the North: Nan and Phrae”