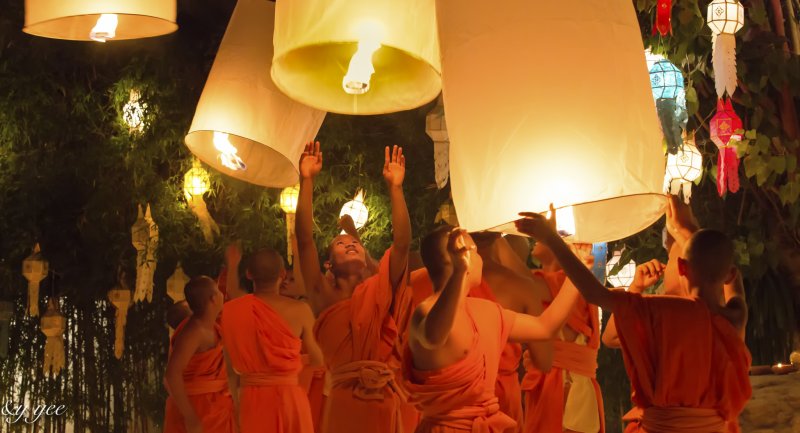 Photographer Andy Yee visited the Yi Peng sky lantern festival in Chiang Mai and shares his experience here with us. This year’s Yi Peng Sky Lantern Festival will be held 11 to 12 November.

The Yi Peng sky lantern festival in Chiang Mai in Thailand is fast becoming popular with photographers, who will love the challenge of photographing thousands of lanterns being released simultaneously into the night sky.

It is held on the full moon of the 12th month of the Thai lunar calendar, usually in November and celebrations are usually held on the Saturday night of that week. The festival is held at the same time as the Loy Krathong festival, which is when lanterns are lit and placed on water. In Chiang Mai this usually takes place around the south entrance moat.

Lucky for me, a few photography mates happened to be in Chiang Mai for the festival. Travel photographers Colby Brown, Daniel Nahabedian and Michael Bonocore, were able to pool resources and crowd source accurate information about the festival. Colby and Daniel have also lived in the area before so I was lucky enough to tap into insider knowledge.

As my hotel is a bit of a hike from the city centre, I decide to hire a scooter, which is cheap and easy to do, and most of my time is spent photographing the temples in the centre of town and the lovely sunset at Su Thep temple. 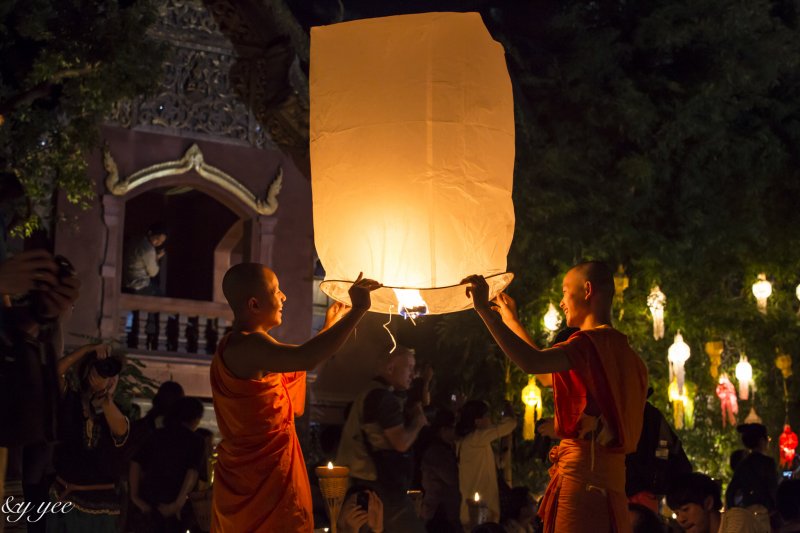 Central Chiang Mai is bustling with tourists who have flocked here to experience the Yi Peng festival. The temples are packed with bodies and far too crowded.

In the evening before Yi Peng, the locals gather around the south entrance to the city to let off fireworks and lanterns with New Year blessings scrawled on them. It’s fun, it’s noisy and it’s a nice time of year to be celebrating.

The largest celebration is held at the Maejo University, north of Chiang Mai, on the Saturday night, and we work out the easiest way to get there is by scooter.

We arrive at what we think is a reasonable time at about 4.30pm in the afternoon but its already obvious from how far we have to park the scooters, there are a lot of people here already. A steady stream of people is shuffling towards the entrance.

There are locals selling food and lanterns along the path but take a tip from me and don’t buy any lanterns on the way in to the event as they will be confiscated at the entrance.

It seems like ages before we get inside the grounds. Every vantage point for photography is already taken. We conclude that all these people must have arrived around about lunch time.

The Buddhist monks on the stage perform a ceremony before the lanterns are released. We wander around and find a spot in front of the pavilion where dozens of photographers have already gathered.

I have seen my fair share of firework displays around the world but nothing I have ever seen compares to the spectacle of thousands of lanterns being lit and simultaneously released into the night sky. It is truly jaw-dropping. 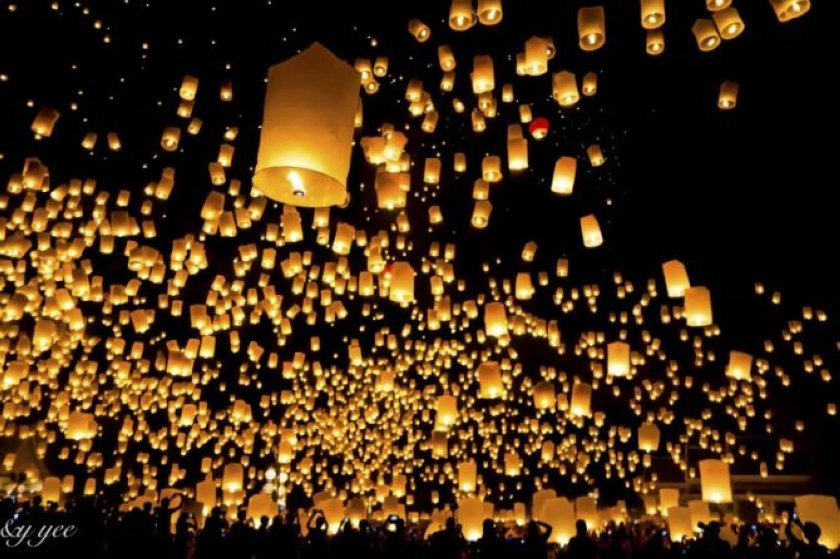 Photographing the event is challenging as the lighting switches from pitch black to lots of bright light when the lanterns start moving at varying speeds and distances from you.

The event is one I would highly recommend. Make sure you do your research to end up at the right place at the right time and you won’t be disappointed.

The Yi Peng sky lantern festival is fast becoming popular with photographers and will be held this year 11 to 12 November. Tickets to the various events in Chiang Mai can be purchased here.