Spice I Am: a tastte of authentic Thai food in Sydney
Skip to content
0
SHARES
ShareTweet

Sydney-based travel blogger Deborah Dickson-Smith didn’t have to travel far to taste some truly authentic Thai food in Sydney. Sujet Saenkham’s Spice I Am restaurants can now be found in 5 Sydney locations.

Sujet Saenkham’s first restaurant, Spice I Am on Darlinghurst Rd opened in 2004 and this remains ‘home-base’ for Sujet, although he now owns five restaurants and spends his time floating between them.

I’m here for lunch, and Sujet is serving up a selection of his favourites. I await each course with eager anticipation.

Sujet moved to Australia some 30 years ago, and after working as a Qantas flight attendant for 15 years, decided to follow his passion for food and put his family’s recipes to good use. 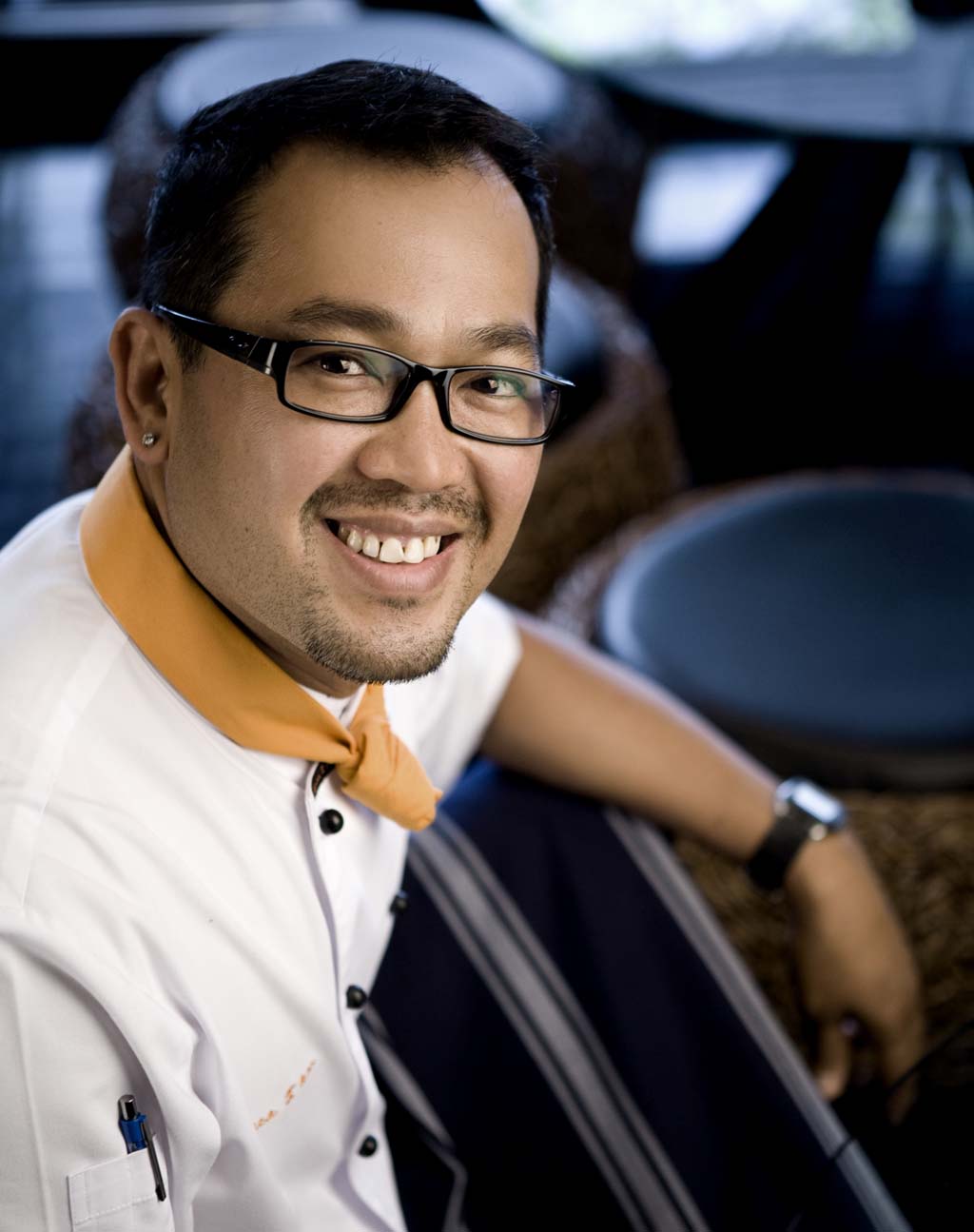 Originally from the Ratchaburi province, in Central Thailand, Sujet has also worked as a chef in Phuket, so his menus are a mix of recipes primarily from these two regions.

“Each part of Thailand has its own character and the food in each region reflects a particular way of life.”

When Sujet was growing up in Ratchaburi, it was primarily a rural area. This is where you’ll find the famous floating markets, about 90 minutes drive south-west of Bangkok. 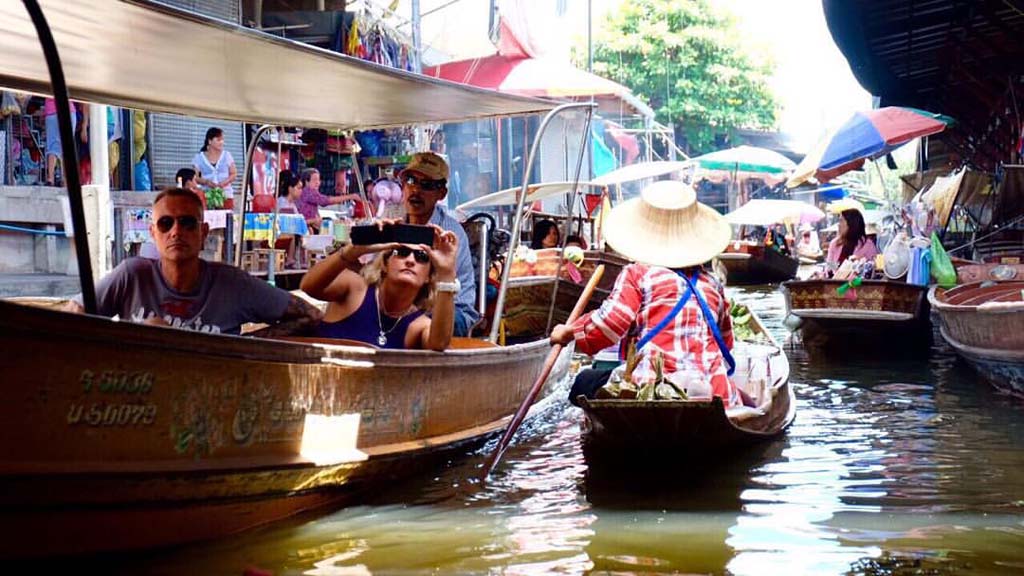 During Sujet’s childhood, it was a quiet town. A former administrative centre – the old southern gate house to the capitol – and so many residents were government employees.

His mother was a great entertainer, so dinner parties were a regular occurrence, in fact, most of Sujet’s knowledge as a chef came from helping his mother in the kitchen.

The principles with which Sujet now manages his growing business are very much based on the traditions he was taught growing up;

“My business is about making people happy, not making a profit.” 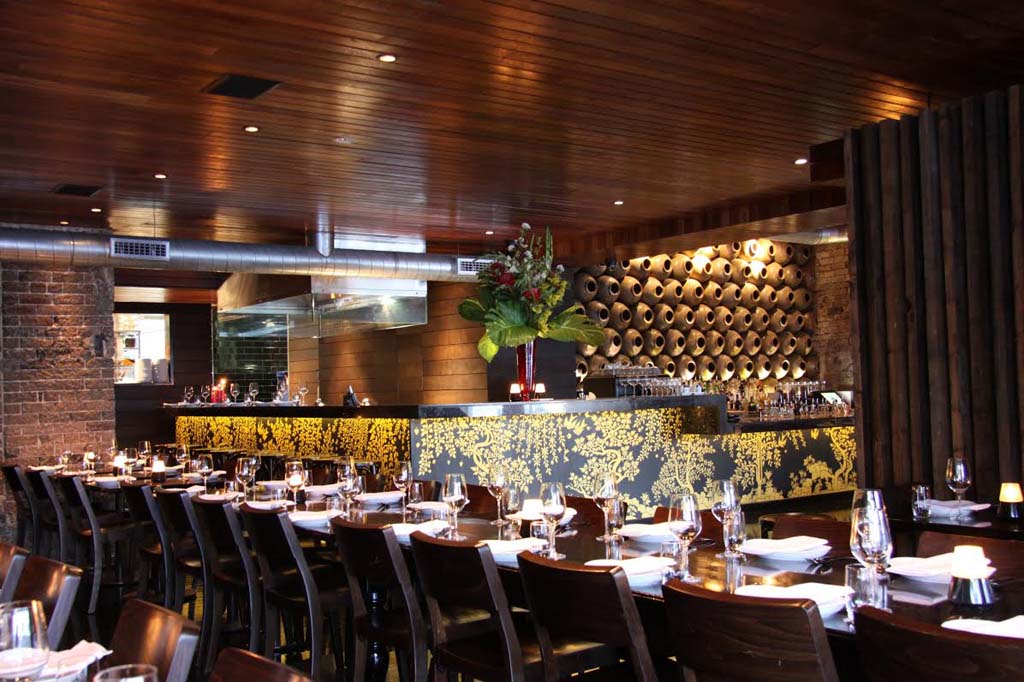 His Thai upbringing taught him a respect for all living things, an appreciation for the produce grown on their farms, and a balance in nature and in life.

“Cooking is a social activity and we all show an appreciation, respect and gratitude for the produce harvested and served at our table.”

As well as running five restaurants, Sujet now manages a farm in Kangaroo Valley where he has over 400 Tahitian and kaffir Lime trees, chili, lemongrass, basil and coriander crops. 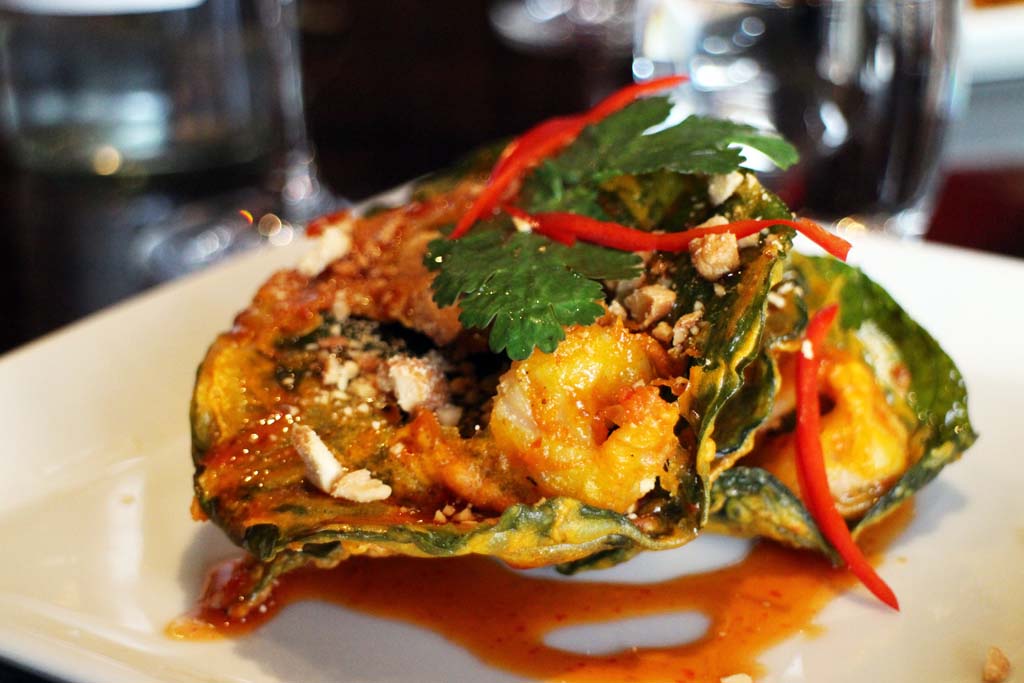 This is where I get to sample the taste sensation that is Bour Tod. Crispy betel leaves topped with a Phuket style fritter of green prawns with sweet chili sauce and ground cashew nut. The mix of flavours and the texture is sensational. 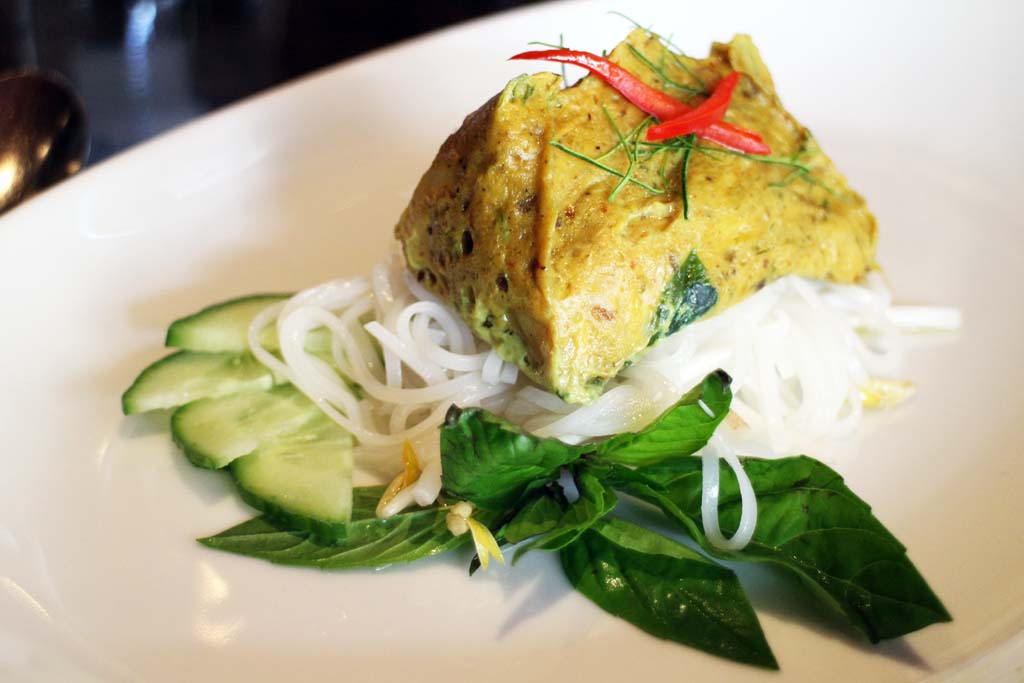 The next dish served up is Ho Mok Pla, a Phuket style steamed fish curry wrapped in banana leaf. It’s so light it practically dissolves in your mouth. 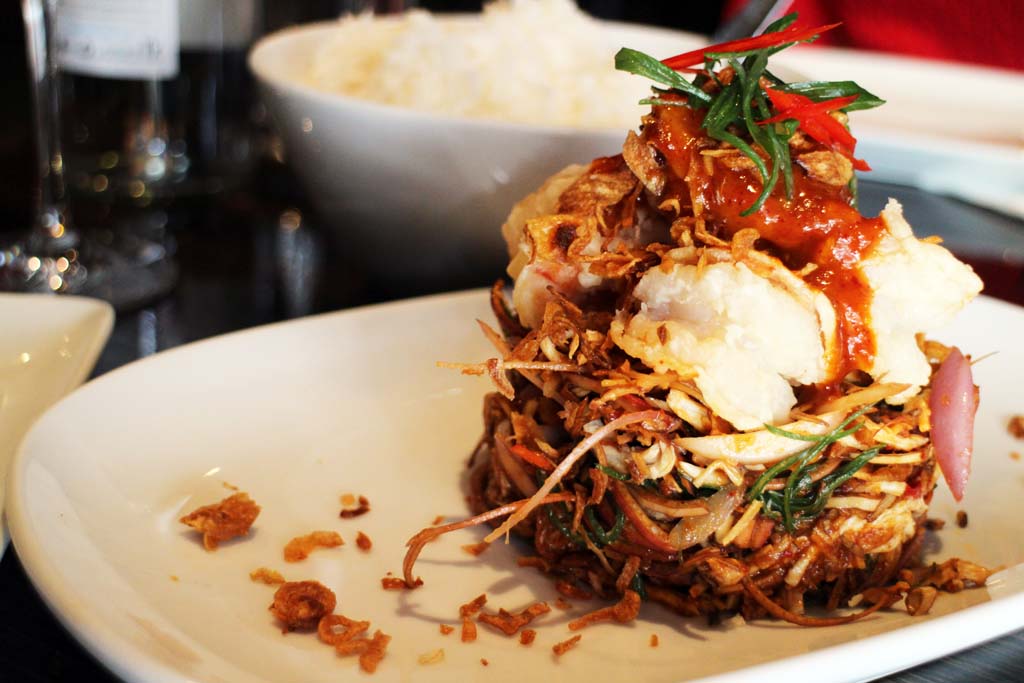 We’re then served a crispy coconut salad topped with spicy prawns, chicken larb and Naem Khao Thod, a salad of Thai pork sausage, coriander, eschalot, mint, chili and ground peanuts. Chicken larb is already a firm favourite of mine, but I have to say quite honestly this is the best I’ve ever tasted. 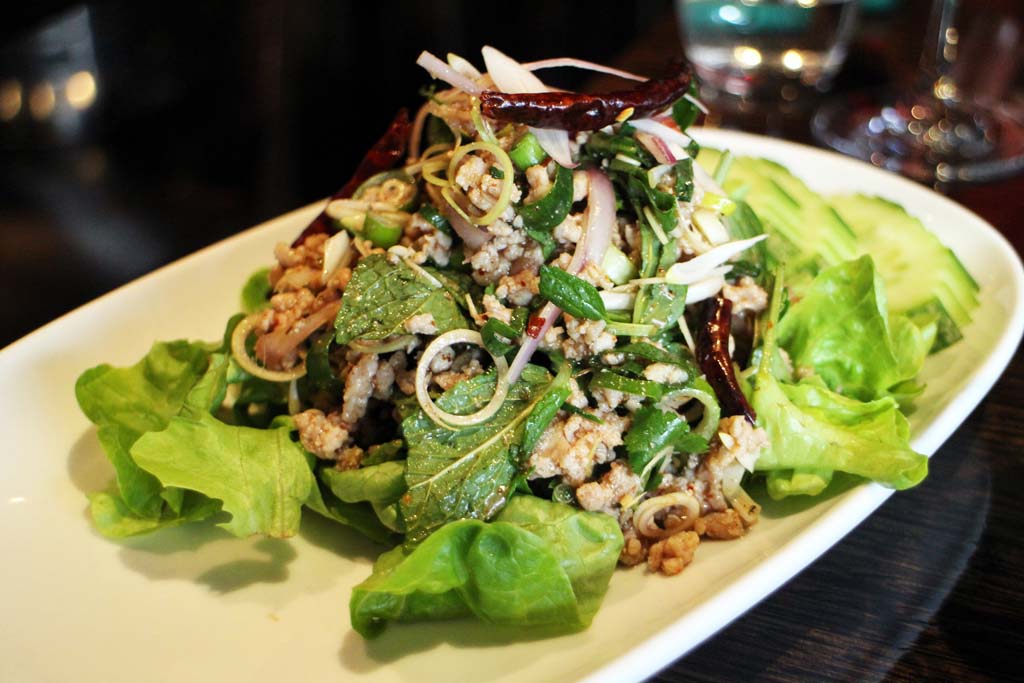 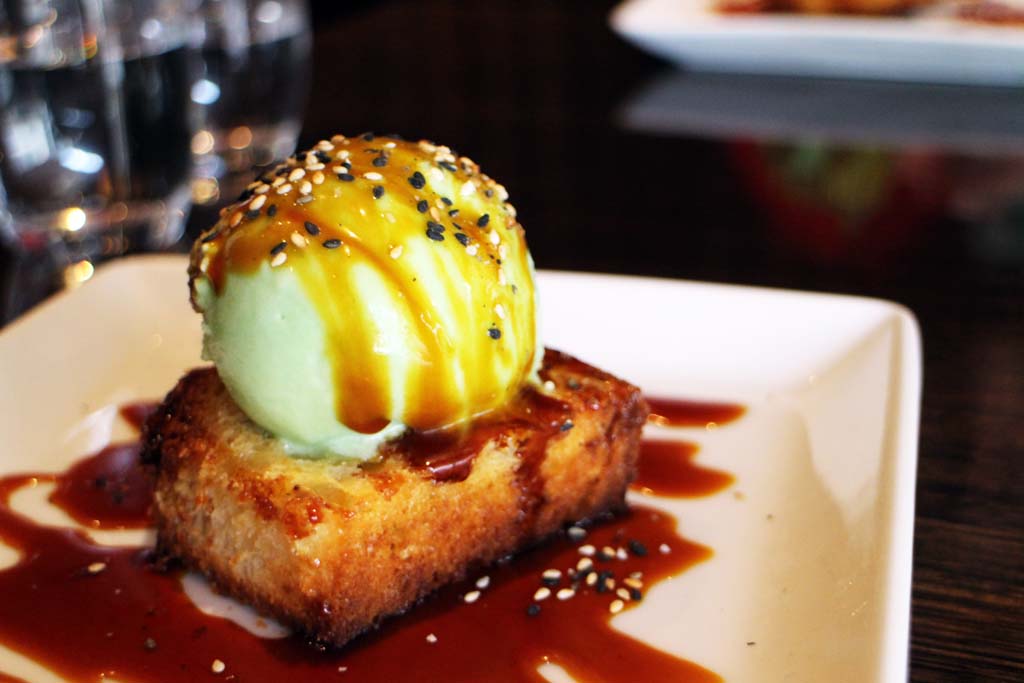 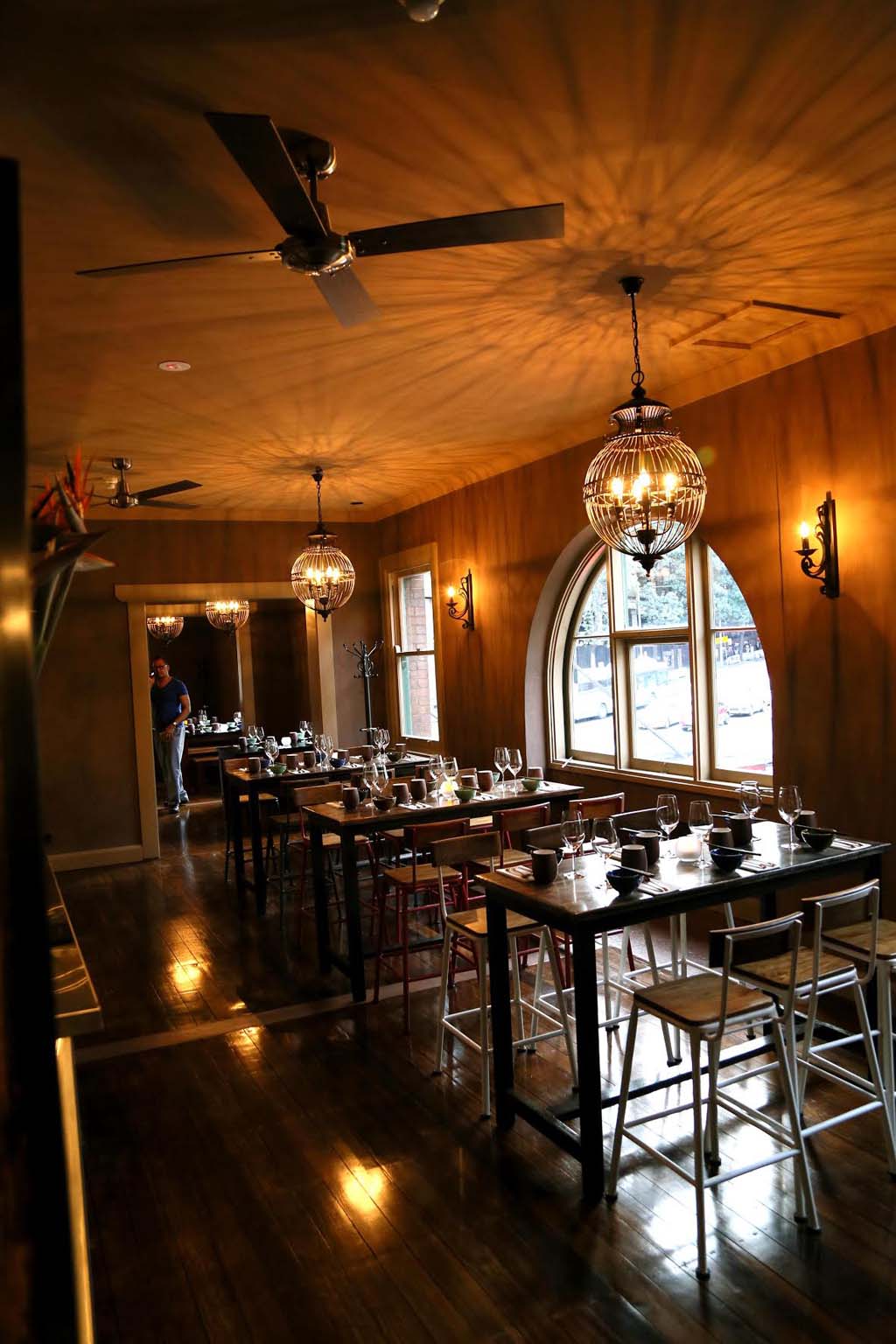 Drinks are purchased at the bar so we pick out a Pinot Gris before getting down to the serious business of eating. 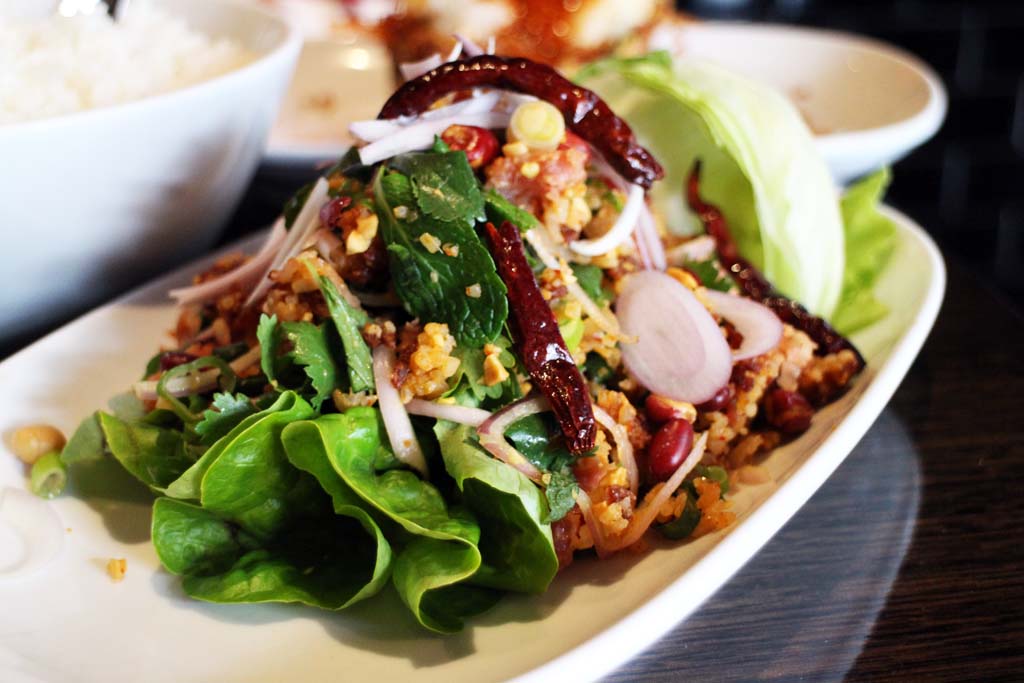 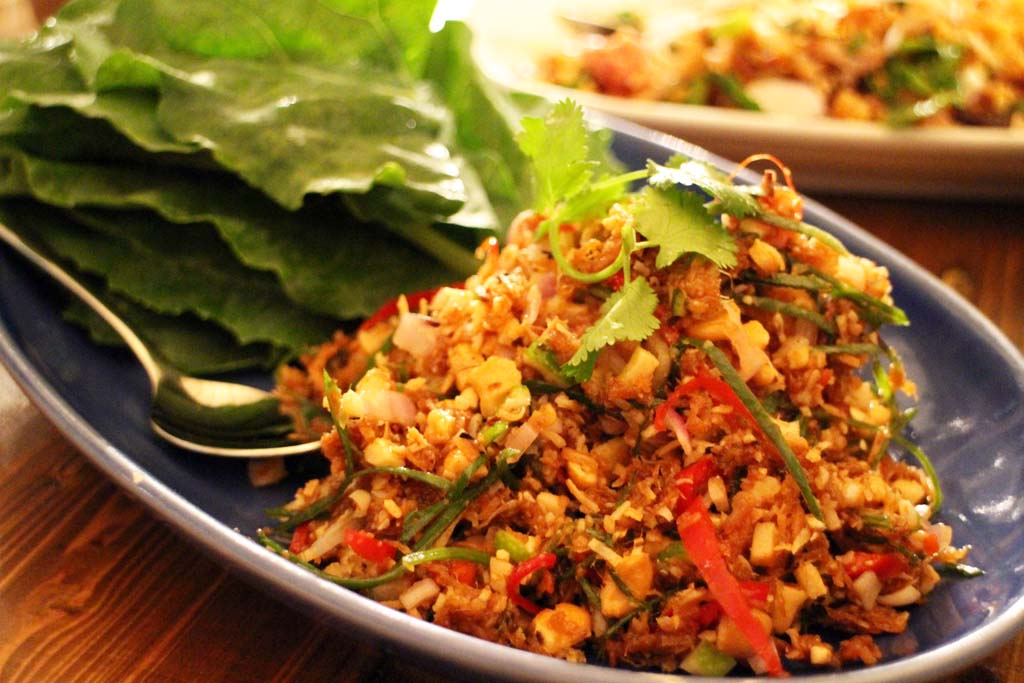 Our next dish is one of Sujet’s specialities. Mien Ka Na is a sweet and sour flossy pork salad with finger limes (from Spice I Am Farm), ginger, eschallot and fresh chili. It’s served with green Chinese broccoli leaves, which are used to scoop up the spiced pork floss and eat it, Sang Chow Bow-style. 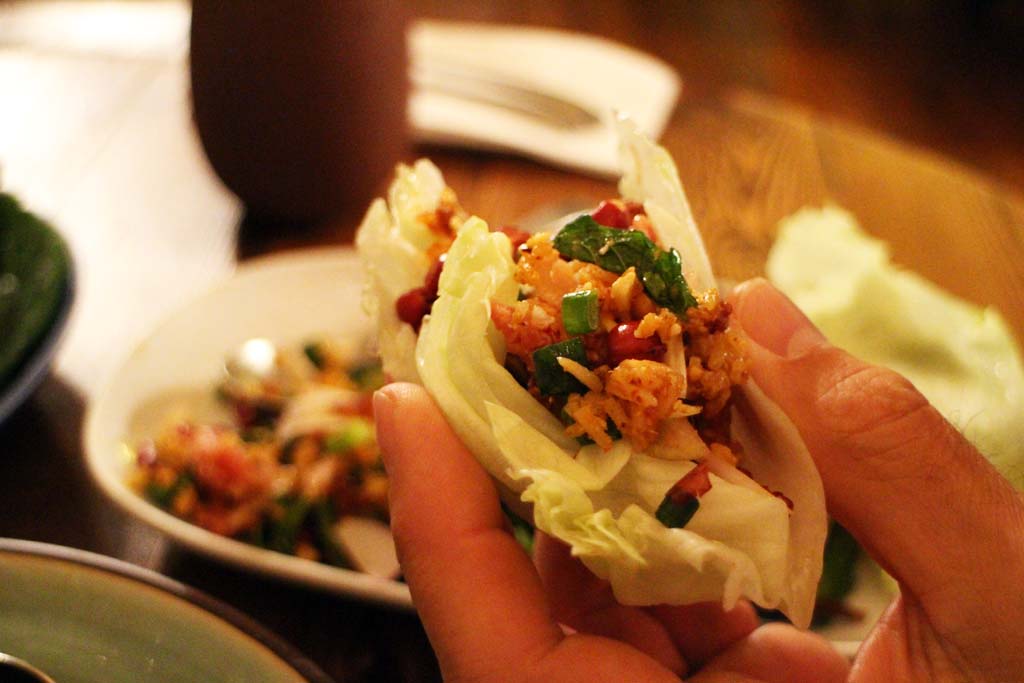 Having the opportunity to chat with the lovely Sujet has made this meal even more memorable. I now have an even greater appreciation for the passion that inspired these dishes. Although really – you just need to taste them to understand that.

The Darlinghurst establishment is located at 296-300 Victoria St. and is open for dinner seven days a week, and lunch Thursday to Sunday, for fine dining. Takeaway and delivery are also available here.

Spice I Am Surry Hills is located at 90 Wentworth Ave, open for lunch and dinner, BYO but no reservations.

House Thai, at 202 Elizabeth St, Surry Hills, is open for lunch and dinner and specializes in food from the area of Isaan in North Eastern Thailand. N

Spice I Am also opened recently in Balmain, at 237 Darling St, open for dinner seven days, and open for lunch Thursday to Sunday.